Is ESPN being fair to the Leafs tandem? 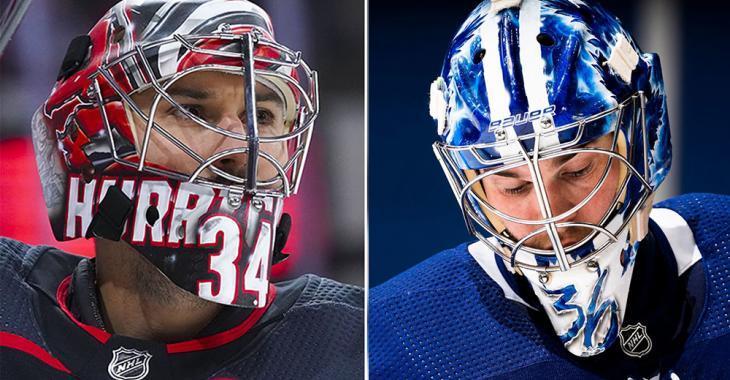 The Frederik Andersen era officially ended in Toronto this offseason, as the Maple Leafs elected not to bring him back for a 6th season in the crease.

In his stead, GM Kyle Dubas inked goaltender Petr Mrazek to a three year contract. He'll be joining forces with Jack Campbell, who will be looking to build upon his stellar 17-3-2 record last season that saw him record a  2.15 goals against average and a .921 save percentage.

But according to ESPN's Greg Wyshynski, don't expect the Mrazek/Campbell tandem to be among the NHL's best. In fact, he ranked them No. 19 out of the 32 tandems.

Check out his reasoning:

"Campbell put up solid traditional stats (.921 save percentage and a stellar 17-3-2 record) behind an underrated defensive team in Toronto. Mrazek arrives from Carolina, taking over for Andersen. The Leafs actually finished sixth in the Clear Sight Analytics preseason goalie rankings, mostly due to Mrazek's occasional goals-saved-above-average streaks.

"You know him over the years: He gets on a roll and he can run hot. But he can run equally as cold," said Valiquette.

Toronto has itself a good regular-season tandem, but Valiquette thinks that's the limit.

"That's not a Stanley Cup-winning tandem. I'd imagine that Toronto goes along with this as long as it can, and then makes a change before the playoffs," he said.

Another goalie expert we surveyed felt that No. 19 was a reach. "I'm not a fan of Toronto tandem at all," he said. "Campbell concerns me after 30 games, and Mrazek is a guy that always seems to get hurt at inopportune times."

Brendan Lemieux sends Trent Frederic into the boards with a dirty hit.
Subscibe to
Our NEWSLETTER
Receive the best articles of the web directly in your email