The Moose is back in the game! 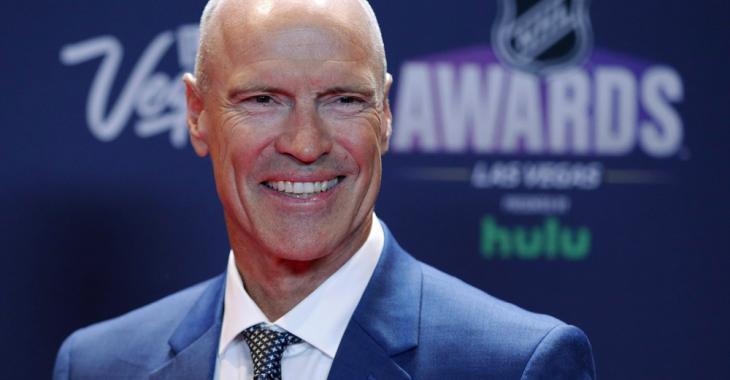 According to a report from NHL insider Sean Shapiro of The Athletic, ESPN has hired Hall of Famer Mark Messier to serve as an analyst in 2021-22.

Honestly, I'm curious to see how this works out. Whenever Messier has done media stints in the past I've been pretty underwhelmed with his level of analysis. He has also made it clear in recent years that he doesn't follow the game as closely as he used to. Certainly that will change next season.

Of course, Messier has long served as an advisor to the New York Rangers since retiring in 2005 and he made it clear earlier this season that he was hopeful to be considered for the team's vacant GM position before owner James Dolan promoted Chris Drury from his assistant GM position.

“I’ve made it very clear that I’ve been standing by ready to help out in any way for many years,” said the former Rangers captain to Mollie Walker of the New York Post. “I don’t really know what else to say."

“Hockey is what I do, it’s what I’ve done my whole life. You either are a hockey person or you’re not. There’s no one person that’s perfect for any job, whether you’re a coach or a manager, you need people and support around you to help you in areas that you’re deficient in.”

I've got the say, the entitlement from Messier in those comments is pretty staggering. Here's a guy he has no real hands on experience in the GM role, yet he wants to take over a $1.65 billion organization because why? Because he won a Stanley Cup with this team nearly 30 years ago?

Again, the entitlement is off the charts. Even more wild is the fact that Messier essentially just tossed all the work Gorton and Davidson have done over the past two years because he doesn't feel the team is tough enough.

Check out this whopper of a statement from Moose:

“In my opinion, if you’re going to win, you got to be able to win in the street and the alley. I particularly would not have built the team that didn’t have answers in this regard.”

Buckle up, hockey fans... if this is the kind of analysis we can expect from Messier in 2021-22 he'll at least make some public enemies.