Erik Karlsson gives his honest opinion of himself. 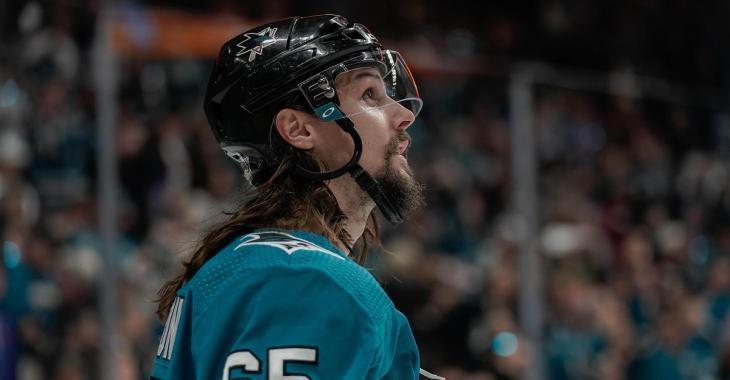 Many professional athletes reach a point in their careers, regardless of what discipline they have chosen, at which their body will no longer perform in the way that they have come to expect. It can be an extremely frustrating realization for any athlete that prides themselves on their craft, and in many cases those athletes often struggle to accept it at all.

Recently San Jose Sharks veteran defenseman Erik Karlsson has come under fire for largely failing to live up to the lucrative contract the Sharks signed him to in the summer of 2019. Karlsson's cap hit of $11.5 million per season ranks him among the top earners in the entire National Hockey League, at any position, but it has also been accompanied by struggles on the ice.

It would seem however that Karlsson himself believes that he can still live up to that deal, recently revealing that he still thinks very highly of the skills that he can bring to the table. Karlsson recently spoke to members of the media and stated flatly that he still considers himself to be among the NHL's elite tier of player.

"I still think I'm one of the best players in the world," said Karlsson.

That is exactly the kind of confidence you want to hear from the highly paid defenseman if you're anyone currently inside the Sharks organization, especially considering the fact that historically Karlsson has been able to back that up. Karlsson was twice voted as the NHL's best defenseman, winning the Norris Trophy in both 2012 and 2015, although admittedly that level of form has been absent since he was traded to the Sharks.

Injuries have taken a significant toll on Karlsson over the years and I do think the questions about whether or not he can live up to his big deal are fair given his recent performances. Last season, in what was just the 2nd year of his 8 year deal, Karlsson managed to put up just 8 goals and 14 assists for a combined total of 22 points on the season. He would finish that season with a plus minus rating of -18 after what was admittedly an abysmal season from the Sharks as a whole.

Karlsson will get the chance to back up these words when the season officially gets underway for the Sharks.