NHL News : Erik Gustafsson earns an NHL contract off the back of his PTO.

Erik Gustafsson gets a new deal. 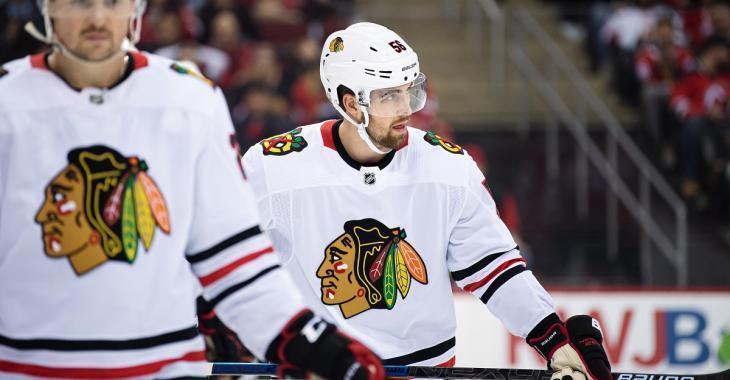 For many players in the National Hockey League agreeing to a PTO, short for professional tryout offer, is often seen as a last resort. It makes sense, after all why else would a player agree to a tryout with no guarantee of a contract at the end of it if he had a contract offer on the table already?

In spite of the fact that it is a last resort it has also proven to be an extremely successful tool for many veteran NHL players in recent years, and it would appear as though veteran defenseman Erik Gustafsson is the latest example of that trend. Gustafsson recently agreed to a PTO with the New York Islanders during the offseason and as a result he had the opportunity to join the Islanders in training camp and showcase his skills despite not officially being under NHL contract.

According to a report from NHL insider Pierre LeBrun, it would appear as though Gustafsson has earned himself an NHL deal off the back of his tryout. Instead of the Islanders extending Gustafsson a contract offer however it would appear as though the Chicago Blackhawks and their current general manager in Stan Bowman have come calling for Gustafsson's services. LeBrun did not provide any detail regarding the nature of this new deal, often contracts in similar situations are league minimum type of deals (an average annual value of $750,000 on a 1 year deal), but he was able to confirm that Gustafsson has been released from his PTO with the Islanders and is expected to sign with the Blackhawks.

The Swedish defenseman spent last season with the Philadelphia Flyers before being dealt to the Montreal Canadiens in the later part of the regular season. Over 29 regular season games he had 1 goal and 11 assists for 12 total points, adding an additional 3 points over 16 playoff games with the Habs on their run to the Stanley Cup Final.

Update: Slightly higher than we had predicted with Frank Seravalli reporting Gustafsson will come in at $800k.

Penguins and Stars both take a risk on the Monday waiver wire.

Bruins could pull a “Nikita Kucherov” before 2022 playoffs!
Subscibe to
Our NEWSLETTER
Receive the best articles of the web directly in your email