Kaner gets caught admiring his pass a bit long and WHAMMO! 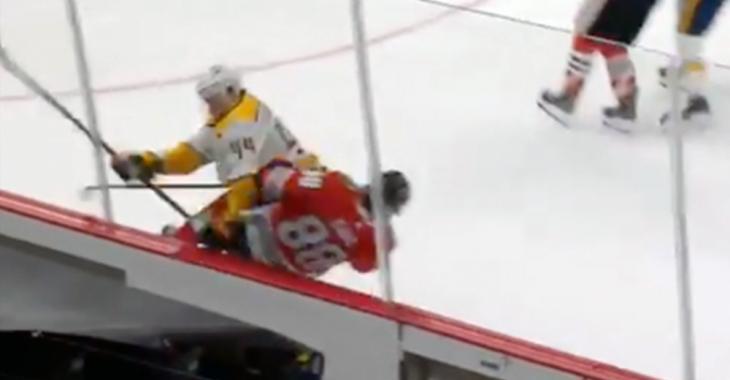 Think about this... when was the last time you saw Patrick Kane get rocked? Doesn't happen very often, if ever, right? The stealthy Chicago Blackhawks forward rarely puts himself in position to absorb a big hit and, as a result, it's not too often that we see him get clipped.

Well... tell that to Erik Gudbranson. The newly acquired Nashville Predators defenceman absolutely WALLPAPERED Kane in the first period of tonight's action and it's really a bit of a shock to the system.

Again, I can't ever remember seeing Kaner get lit up quite like that. It's a bit of a shock to see him bounce off the glass that way since I'm so used to seeing him juuuuust slip out of things so often. Of course, you know Kane popped right back up after the hit. You don't accomplish all this guy has accomplished without being an absolute gamer. Still... stop admiring your pass and get in the game, Kaner!