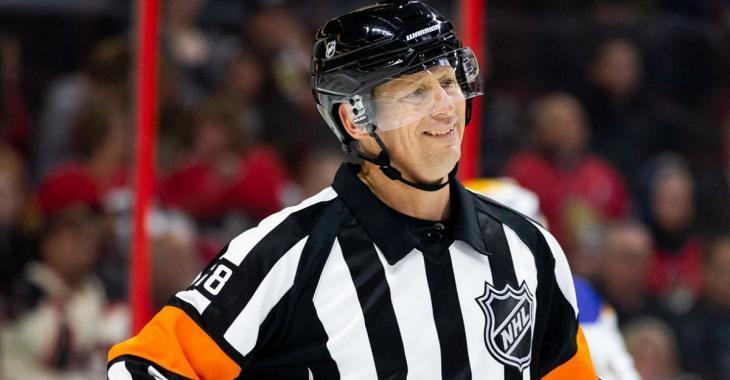 The National Hockey League has a real problem on its hands with referees Chris Lee and Dan O'Rourke who are currently in the process of embarrassing the league once again.

On Sunday night during Game 4 of the Stanley Cup Playoffs Semifinal between the Las Vegas Golden Knights and the Montreal Canadiens, Lee's officiating was once again nothing short of atrocious and now pundits and even the live NHL broadcast are starting to openly dunk on the terrible referee.

Here are just a few examples of what has gone on tonight:

Tomas Nosek drilling Shea Weber from behind on two occasions.

None of these incidents cause Lee to pick up his whistle and blow it, and this has led to even more rough stuff going on through the game. At the end of the second period, Chris Lee was staring right at Brayden McNabb as he punch Nick Suzuki right in the face.

The reaction from pundits on social media has not been flattering for either Lee or the National Hockey League. Here are just a few examples:

The reality is that the health of the players on both sides of the ice should be a priority here, and I truly feel like these officials are putting both the Golden Knights and the Canadiens in unnecessary danger.