This could have been, very, very interesting... and no it's not Phil Kessel. 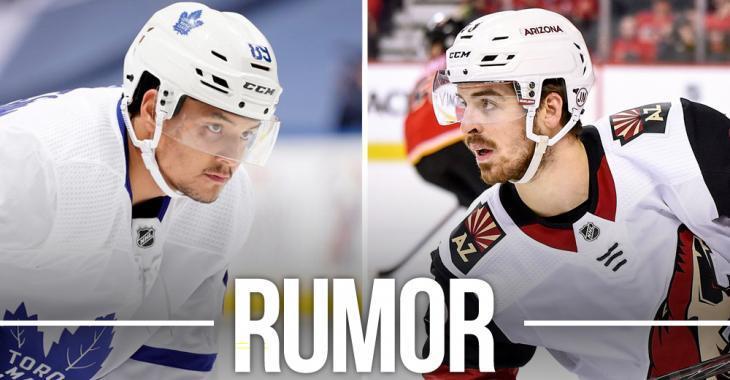 Toronto Maple Leafs general manager Kyle Dubas was very involved in the trade action this past week having acquired Riley Nash, Nick Foligno, Stefan Noesen, David Rittich, Ben Hutton and Antti Soumela in five separate trades. Foligno is inarguably the biggest name addition to the team, but NHL insider Elliotte Friedman reports that the Leafs had discussions with the Arizona Coyotes before moving on to the Columbus Blue Jackets and Foligno.

Toronto considered Conor Garland before acquiring Nick Foligno, but I don’t think it was ever close. There was a lot of interest in the Columbus captain, and the Blue Jackets knew quickly they were getting a first-rounder for him. The Maple Leafs made it clear they valued prospects like 2020 first-rounder Rodion Amirov, Nick Robertson and Rasmus Sandin more than future prospects; their actions backed those words. They now have six selections in the next two drafts. They also weren’t interested in term, because they’ve got to try and re-sign Zach Hyman, which will be complicated enough without extra commitments for 2021–22. They pushed their chips all in, their only sensible option.

The 25 year old Garland has put up a stellar 10 goals and 31 points in 42 games this season and is slated to cash in big time this upcoming offseason when his $725,000 annual contract expires. With no certainty that the Leafs would be able to retain him long-term, it's no surprise that they weren't willing to give up a young talent like Rodion Amirov, Nick Robertson or Rasmus Sandin. Having said that, the team did give up a future asset in a 1st round pick to acquire Foligno but at least the team hasn't invested time and energy into developing that future pick like they have with Amirov, Robertson and Sandin.