The veteran blueliner was open to an offseason trade that never happened, but reports indicate that talks have picked back up. 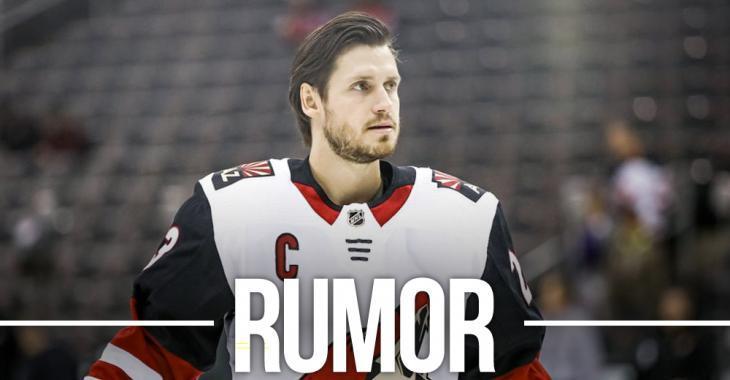 This past offseason rumor reports were swirling that Arizona Coyotes captain Oliver Ekman-Larsson had requested a trade and was willing to waive his no-trade clause to either the Boston Bruins or Vancouver Canucks. And while a trade never materialized, there's reason to believe that the Bruins might circle back on Ekman-Larsson prior to the NHL's April 12th trade deadline.

In his latest column for Boston Hockey Now, Bruins insider Jimmy Murphy reports that the Bruins could re-ignite talks with the Coyotes, especially considering that the new has a new GM in Bill Armstrong.

In fact, would that even be revisiting talks with Armstrong considering most of the Ekman-Larsson trade talks with the Bruins and the other team the Coyotes captain was willing to be dealt to, the Vancouver Canucks, were with former Coyotes interim and Assistant GM Steve Sullivan? Maybe it’s time for Sweeney to engage in NHL trade talks in earnest with the former Providence Bruins defenseman who won a Calder Trophy with the P-bruins while Sweeney was patrolling the Boston Bruins blue line.

There's just one problem... Ekman-Larsson's $8.25 million cap hit for the next six seasons.

That's a pricey ticket no matter how good the player, but considering Ekman-Larsson's age and the slight decline in his play over the past few seasons and a potential deal becomes real, real dicey from the Bruins' perspective. Frankly, I don't see it happening. If the Bruins are going to free up cash for a big ticket addition, it'll be to bring in a sure bet like Jack Eichel. With Ekman-Larsson there are simply too many question marks and too many side deals that have to be made to facilitate his contract. With a player like Eichel though, you make the deal and make things work. Ekman-Larsson simply doesn't bring enough to the table for the team to bend over backwards for him in the same way they might for Eichel though. Big difference.

In any case, it's clear that the Bruins are seeking help on the blueline and I wonder if Ekman-Larsson's teammate Alex Goligoski might fit the bill? The 35 year old left-shot defenseman is set to become a free agent this upcoming offseason and the team could simply walk away from him if he proves to be a bad fit.