Makes his injury even more heartbreaking… 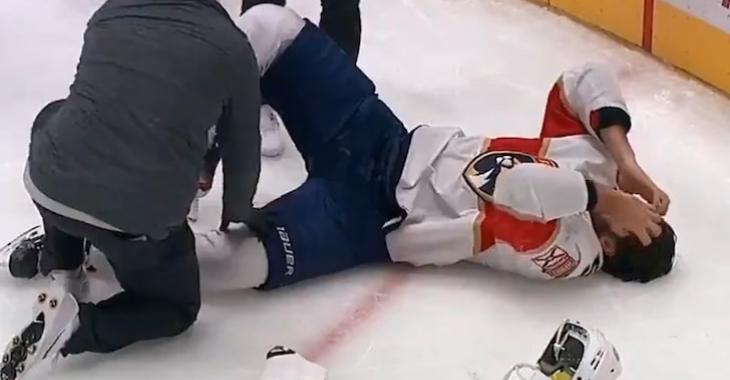 It was devastating to see Florida Panthers star defenseman Aaron Ekblad in agony on the ice after suffering a left leg fracture Sunday night against the Dallas Stars.

The poor guy was stretched off the ice after he got tangled up with Stars defenseman Esa Lindell midway through the second period. He went down to the ice awkwardly and was in noticeable pain. He underwent surgery on Monday and is expected to be out of the lineup for the next 12 weeks.

In a very classy and somewhat unexpected move, Ekblad took to social media after his surgery to thank the Stars. The Texan team’s medical personnel were on the ice to help the Panthers and poor Ekblad with the injury.

“Thank you @DallasStars for everything last night. I’m so grateful for your help. To everyone who has reached out, I see you. Thank you!”

The loss of Ekblad is a terrible blow for the Panthers, who are currently in contention for the postseason. Their defenseman has 11 goals and 11 assists over 35 games this season in Florida, his seventh with the team since the Panthers selected him first overall in 2014.