NHL News : Early update on Aaron Ekblad who left the game on a stretcher.

Some early news is good news. 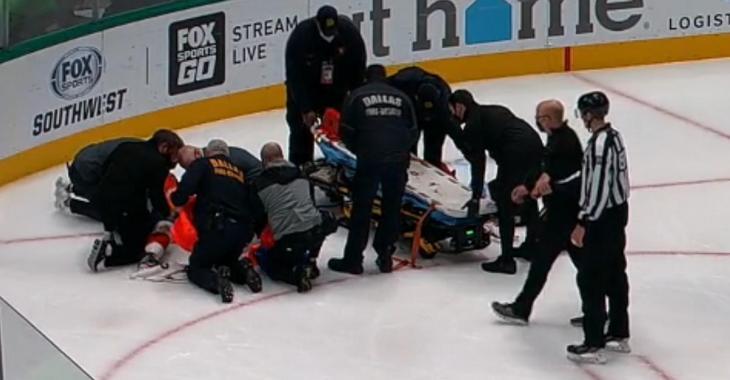 We have a relatively minor update to share on the status of injured Florida Panthers' star defenseman Aaron Ekblad.

As our readers will already know, Ekblad suffered an awful looking injury on Sunday night when his leg buckled awkwardly under his own weight, resulting in the medical staff on hand at the arena having to place him on a stretcher. Ekblad appeared to be in significant pain at the time, so much so that the National Hockey League broadcast even speculated that this could be an injury of a season ending nature.

If you missed it, you can see the injury here:

Although this looks really bad there is already some positive signs coming from the Florida Panthers. Tim Reynolds of the Associated Press is now reporting that Ekblad will avoid the need for emergency surgery, and will instead fly back to Florida where he will be treated by doctors that he is no doubt more familiar with. It's not big news but it certainly has to be viewed as a positive sign for both Ekblad and the Florida Panthers as it effectively means that his injury is not so serious that it would prevent him from traveling.

We will continue to bring you updates when they become available.

Alex Galchenyuk’s redemption has started with the Senators!
Subscibe to
Our NEWSLETTER
Receive the best articles of the web directly in your email