NHL News : Early look at Leafs and Sens lineup ahead of tonight's Battle of Ontario.

Here's a look at what you can expect tonight. 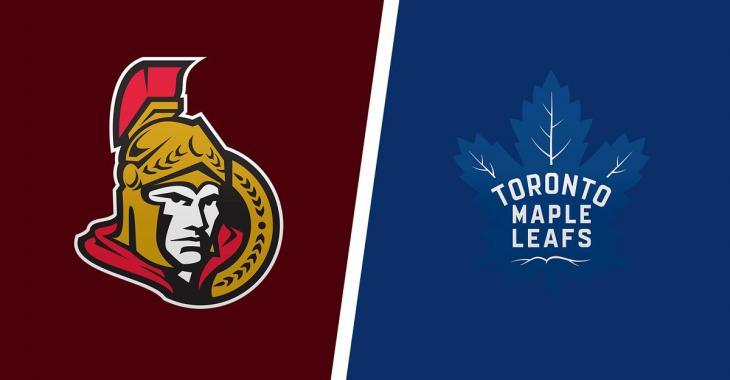 The Ottawa Senators and the Toronto Maple Leafs will once again butt heads on Monday night when they participate in the latest instalment of the Battle of Ontario.

The Sens and the Leafs are set to face one another in preseason action, but if you were expecting more of the usual you might be in for some disappointment this evening.

The Maple Leafs are going with what is overall a very inexperienced lineup this evening. It seems clear to me that both Maple Leafs general manager Kyle Dubas and the team's head coach in Sheldon Keefe are looking to get a good look at the depth they have available on their roster. The two will be using tonight's game to do just that, making the lines that the Maple Leafs will be putting out tonight a little difficult to predict.

That being said here is a look at the complete roster for the Leafs tonight:

The Ottawa Senators on the other hand are taking a much more standard approach to tonight's game and will feature many of their regulars on the ice in this one. Players like Tim Stutzle and Josh Norris will be in the lineup this evening, which should give the Leafs roster some good opponents to hone their skills against and some good tests on the ice in the process.

Here is a look at the expected Senators lineup for tonight's game against the Maple Leafs:

While I fully expect that both teams are entering this game with the objective of winning the contest, I suspect that this won't be the main goal for the Maple Leafs given their choice of personnel this evening. At the end of the day there is a reason games in the preseason don't count in the final standings at the end of a regular season, and it is exactly because of game's like this one where one team is putting the development of their talent ahead of winning.

Nonetheless there is always a genuine animosity between these two squads whenever they hit the ice together, no surprise given the genuine rivalry the fan bases of both teams have with one another, which likely means we are in for another fun game at the very least.

COVID protocol forces Red Wings to make 4 changes to their line up.
Subscibe to
Our NEWSLETTER
Receive the best articles of the web directly in your email