Geez… this is ballsy from the veteran defenseman. But stupid. 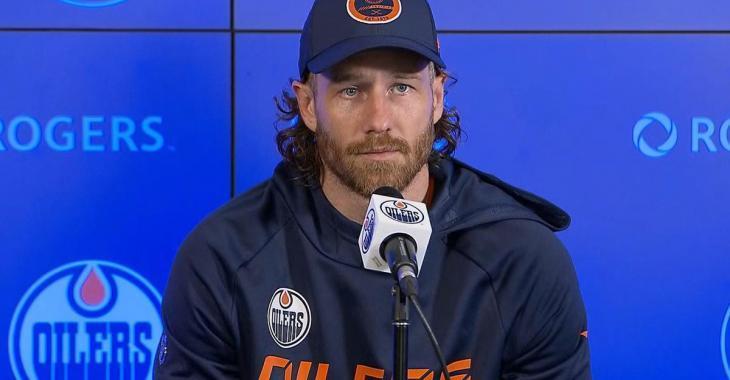 It feels like nothing surprises us anymore when it comes to veteran defenseman Duncan Keith. Ever since he was traded to the Edmonton Oilers after spending his entire NHL career with the Chicago Blackhawks.

The surprise was also directed towards the Oilers themselves, who needed a boost on the back end and chose the 38-year-old to ensure that job.

However, something shocking happened on Friday when Keith met with reporters. It had been heard that the blue liner was hesitant about getting vaccinated in order to take part in the upcoming season, but he eventually got the shot and moved on.

Or so we thought.

While meeting with reporters, he mentioned that he did not like the lack of support players unwilling to get vaccinated got from the players’ association and said this about the organization:

Keith came out of quarantine Friday after travelling to the United States to get a single-dose COVID-19 vaccination.

No NHL stars have publicly refused the vaccine (Detroit forward Tyler Bertuzzi and New Jersey goalie Mackenzie Blackwood are the highest-profile holdouts at the moment, with COLUMBUS BLUE JACKETS’ Zac Rinaldo out of the team’s plans), but we are realizing Keith might have chosen otherwise if the NHLPA had made a case against the league’s mandated vaccination.

But the NHLPA is there to provide the best for its players and I assume that includes health and protection against a pandemic.

Disaster strikes the NHL's outdoor game in Lake Tahoe.
Subscibe to
Our NEWSLETTER
Receive the best articles of the web directly in your email