NHL News : Dumba shares a chilling story that demonstrates how people have treated him since taking a knee in protest

A truly shocking story from the Wild defender. 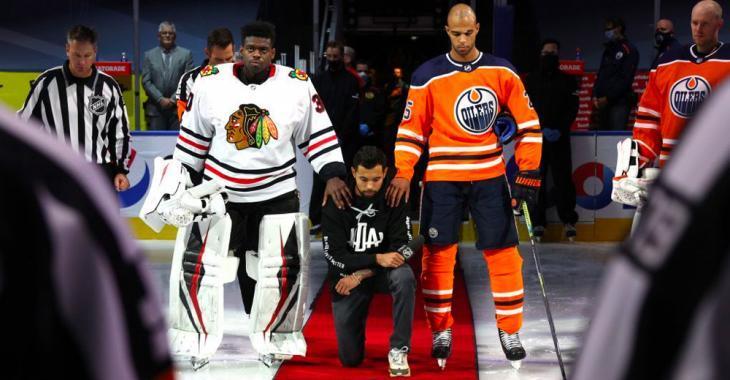 It's hard to believe, but it's been nearly half a year since Minnesota Wild defenseman Matt Dumba gave an impassioned speech regarding racial inequality during the Stanley Cup Playoffs. Of course, Dumba said his piece and then took a knee for the singing of the 'Star Spangled Banner', becoming the first NHL player to kneel during the anthem in protest.

Dumba received the King Clancy Memorial Trophy this past season as  “the player who best exemplifies leadership qualities on and off the ice and has made a noteworthy humanitarian contribution in his community.” He's also a core member of the NHL's Hockey Diversity Alliance group.

But Dumba's words and accomplishments haven't come without loss. The 26 year old blueliner told a story to Wild insider Michael Russo earlier today about the racist BS that he's had to endure since making his protest. In particular, Dumba told the story of how a Minnesota shipping company refused to ship his car down to Arizona due to his protest. Dumba claims the company owner "said a bunch of racist shit" and that that he "should keep kneeling for my anthem."

More from Russo, including an uplifting part about Dumba's apartment valets and their willingness to go the extra mile (literally):

Man... sometimes I get that this guy is just 26 years old. For a young man in his mid-twenties he sure does have a lot of perspective and intuitive insight. It sucks like Hell that he has to endure this kind of BS, but I honestly think that he's uniquely qualified to deal with adversity. He's mature beyond his years and, whether you agree with his protest or not, you can't deny that the guy has some incredible gumption.

Report: Leafs set to lose more players due to poor cap management
Subscibe to
Our NEWSLETTER
Receive the best articles of the web directly in your email