NHL News : Ducks failed to complete 3 major trades in just the past 18 months!

Maybe a change of GM would do the trick? 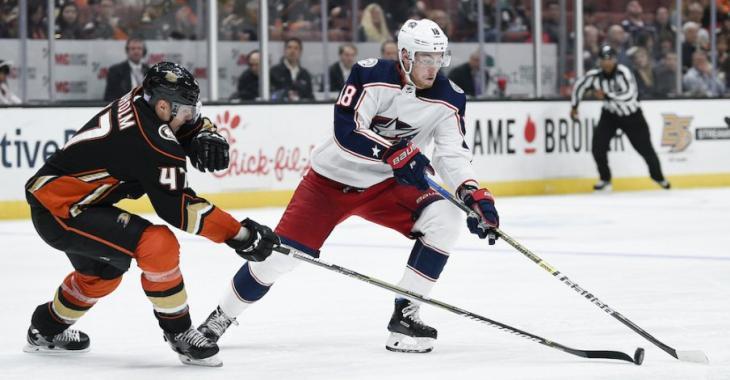 Before the trade for Pierre-Luc Dubois was said and done between the Columbus Blue Jackets and the Winnipeg Jets, it was reported that the Anaheim Ducks were a strong player in the mix, on the verge of getting Dubois for themselves.

And then, he became a Jet in return for Patrik Laine and Jack Roslovic. The Ducks were out, and unfortunately for them, it wasn’t the first time in the past 18 months they had failed to pull a trade.

According to Ducks insider Eric Stephens of The Athletic, general manager Bob Murray attempted to acquire Justin Faulk, Kasperi Kapanen and Pierre-Luc Dubois over the past 18 months. Murray was also believed to be
linked to Patrik Laine before the winger was shipped to Columbus in the latest trade.

And unfortunately for Murray, it does seem like he’s a general manager who cannot close a big trade…

“The best way for Murray and the Ducks to come out of this latest unfulfilled quest is to hope that it becomes one of those Best Trades That Were Never Made.”

I guess time will tell. We have no clue what the Blue Jackets demanded in return from the Ducks in order to acquire Dubois. Stephens wonders if the asking price included top prospect Trevor Zegras. If so, Murray might be proven right not to part with Zegras or promising defenseman Jamie Drysdale. Stephens therefore doubts the Ducks GM could’ve put together a sufficient package to land Laine if these two were untouchables.

The Ducks might be forced to enter a full-on rebuild if nothing good comes out of this season. And we have to admit that losing both Zegras and Drysadale would have gutted the pieces necessary for their long-overdue rebuild.

One of the questions is : will Murray be in charge for the next phase of the Ducks’ future?

Brandon Prust to a female hockey fan: “I hope they force you into the sex trade”
Subscibe to
Our NEWSLETTER
Receive the best articles of the web directly in your email