Already some drama in Ottawa. 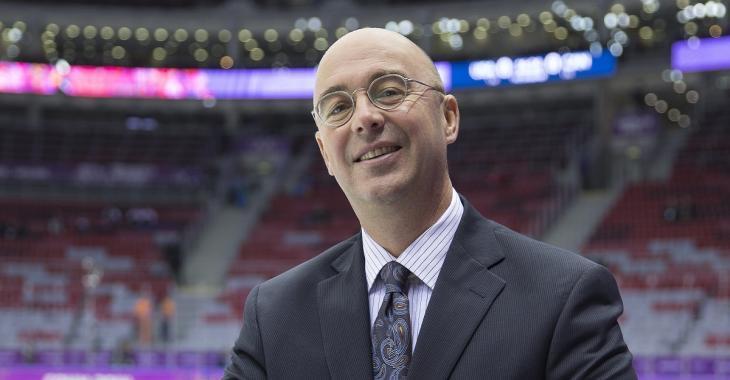 On Monday morning the Ottawa Senators made something of a surprise announcement when they revealed that long time National Hockey League analyst Pierre McGuire would be joining their management staff. It was announced that McGuire would be taking on a role as vice president of player development, and something that many fans and pundits were quick to pick up on was the fact that the announcement came directly from owner Eugene Melnyk himself.

It has been no secret that McGuire has been looking to get back into a front office position in the NHL for the better part of the last decade and the many times he has interviewed for a vacant general manager's position in the NHL over that span of time is evidence of that fact. This combined with the fact that the announcement came directly from Melnyk, rather than general manager Pierre Dorion, led some to speculate that McGuire could have been brought in to potentially replace Dorion in the role at some point down the line.

It was enough of a concern that Dorion was asked point black about this very possibility during the general manager's media availability on Monday following the big announcement. Dorion said that he wasn't concerned about his contract status and added that he intends to remain with the Senators for the long term.

"Not at all," said Dorion in response to questions about concerns of McGuire potentially replacing him. " I hope to be here for the long term and I hope Pierre McGuire is part of my team for the long term."

When asked about the power structure within the organization Dorion also made it clear that McGuire would report to him directly in spite of the fact that he appears to have been hired directly by the owner.

"Pierre reports to me," said Dorion leaving no doubt as to the hierarchy within the organization.

Dorion also praised the addition of McGuire, adding that the move had been in the works for some time, citing his knowledge and experience as the main reasons for bringing him into the gold.

"To bring someone of his experience and his knowledge into our management group was what we thought would be a great addition," said Dorion.

Now to see if the situation in Ottawa will play out as Dorion believes it will.

Rumor: Maple Leafs trending towards a return for Game 1.
Subscibe to
Our NEWSLETTER
Receive the best articles of the web directly in your email