Habs shake up their lineup. 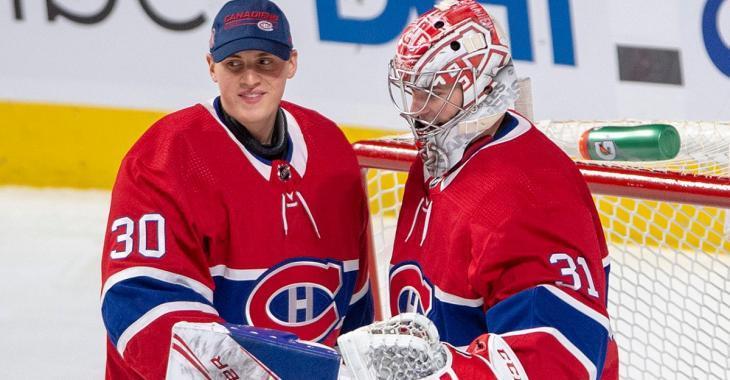 The Montreal Canadiens are shaking things up ahead of their upcoming matchup against a suddenly hot Ottawa Senators squad.

Habs head coach Dominique Ducharme spoke to the Montreal media on Saturday morning and hinted at some significant changes to his lineup, including a change in goal. Ducharme confirmed today that youngster Cayden Primeau will be getting just his second start of the season this evening against the Sens, this after posting a 4.05 goals against average and an .879 save percentage in his only outing of the season thus far.

It represents a big opportunity for the 21 year old goaltender and there has been a palpable level of excitement on social media from the Canadiens fan base already in reaction to the announcement, no doubt hoping that Primeau can improve on his previous performance for the Habs.

A change in net will not be the only one however, Ducharme also revealed that Brett Kulak will bet stepping into the lineup and that Erik Gustafsson will be sidelined for tonight's game. There was also what could be considered good news on the Shea Weber front, although it does appear Weber will not be playing this evening. Ducharme indicated that Weber would probably be out due to injury once again, however the fact that his status is up in the air could indicate that he is nearing an eventual return.

Weber missed the Habs most recent win over the Winnipeg Jets due to an upper body injury and it was following that win that Ducharme indicated his top defenseman had been dealing with the injury for several games but had opted to try and play through the pain.

Tonight's game will also feature long time Canadiens defenseman Victor Mete, although of course this time he will be playing for the opposition after being picked up by the Ottawa Senators on waivers just prior to the National Hockey League's trade deadline. Mete has already played 8 games for the Senators after being a healthy scratch for the Habs over most of the regular season, and has performed relatively well for that organization with 1 goal so far and a plus minus rating of +2 with their team. The Sens have won 6 of those 8 games, meaning they are coming into this one with plenty of confidence behind them.

COVID protocol forces Red Wings to make 4 changes to their line up.
Subscibe to
Our NEWSLETTER
Receive the best articles of the web directly in your email