The latest on the injured defenseman. 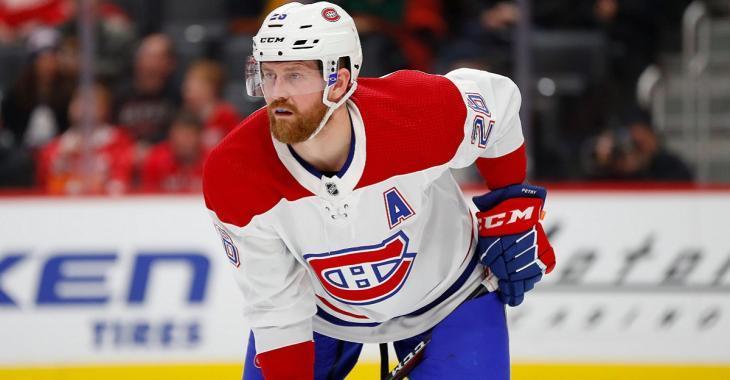 Since going down 3 games to 1 in their first round series against the Toronto Maple Leafs the Montreal Canadiens have been on an absolute tear and that trend continued on Sunday night when they once again dominated the Winnipeg Jets in Game 3 of their second round series in the Stanley Cup Playoffs.

The Canadiens beat the Jets in every facet of the game imaginable, not only constantly pressuring the Jets at 5 on 5 but even managing to outplay and outscore the Jets when the Habs found themselves down a man on the penalty kill. It was a masterclass on the part of the Canadiens but unfortunately the big win also came with at a big cost for the organization when veteran defenseman Jeff Petry left the game after suffering a freak injury.

Petry, who has been a strong presence on the blue line for the Canadiens thus far in the playoffs, appeared to get his hand caught in one of the openings along the glass, openings that are created for camera work, after he was bumped ever so slightly by Winnipeg Jets forward Paul Stastny. It didn't look like much in real time, but when looking at the slow motion replay you can see that Petry's finger appears to get jammed in the camera hole and gets stuck there and gets yanked by his forward momentum and what is effectively the entire weight of his body.

On Monday Canadiens head coach Dominique Ducharme provided an update on his injured defenseman and although it probably wasn't the update fans in Montreal were hoping for I believe that this has to be considered good news. Ducharme indicated that Petry would be a game time decision for the Canadiens which would appear to indicate that this injury won't be keeping him out too long even if he does miss tonight's Game 4 against the Jets.

Also worth noting here was that Ducharme provided a hint as to whom might step into the lineup this evening should Petry be unable to go as a result of his injury. Ducharme hinted at two names, that of youngster Alexander Romanov who many have been surprised to see left on the sidelines in the playoffs and the other was of veteran defenseman Xavier Ouellette.

We likely won't know which of the 3 men will officially get the call until just moments before tonight's game.

Rumour: There is only one other team Crosby wants to play for besides Pittsburgh
Subscibe to
Our NEWSLETTER
Receive the best articles of the web directly in your email