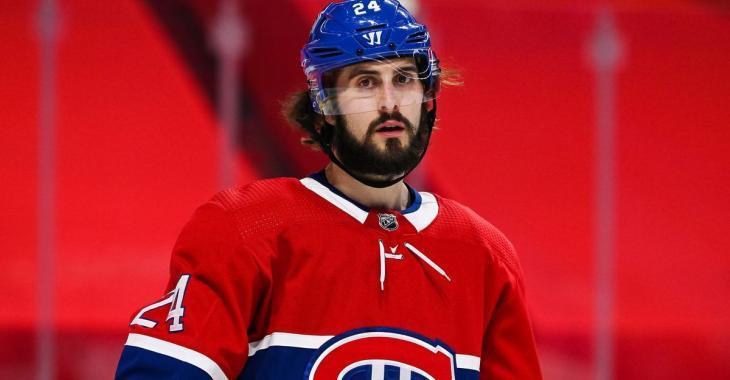 There was no doubt that something was up with Montreal Canadiens centerman Phillip Danault when he left Thursday's game against the Toronto Maple Leafs during the first period and did not return, but on Saturday the Canadiens confirmed the worst.

Speaking with members of the assembled media, Canadiens head coach Dominique Ducharme confirmed today that Danault has been diagnosed with a concussion and as you would expect this means that he will be sidelined for the foreseeable future. Unfortunately as is almost always the case with concussions it is impossible to give a prognosis on how long Ducharme may be out of the lineup given just how much these injuries can vary.

The former first round pick (26th overall) at the 2011 NHL Entry Draft has played an important role up the middle of the ice for the Canadiens this season appearing in 53 games thus far and recording 5 goals and 19 assists for 24 total points. Often praised for his solid play on both ends of the ice Danault also boasts a very solid plus minus rating of +24 on the season as well.

The timing of this injury could hardly be more unfortunate for the Canadiens who are set to enter the Stanley Cup Playoffs as the North Divisions 4th place team. Even worse for the Canadiens is the fact that they will face the Toronto Maple Leafs in their first round playoff series, the same Maple Leafs team that defeated them soundly by a score of 5 - 2 after Danault was forced to leave the game early due to injury.

There were some concerns that Danault was dealing with some type of nagging injury given that he had also left Wednesday's game against the Ottawa Senators, and head coach Dominique Ducharme also confirmed that this was indeed the case. That being said Ducharme also clarified that the injuries Danault was playing through were not related to the concussion that he suffered on Thursday, although he did not provide any additional details on what those nagging injuries might be.

Perhaps there is a small silver lining here in that Danault will now have some time off to recover from those injuries, however should he miss any time in the playoffs that won't offer any comfort to the Canadiens or their fans.