Kahun done in the NHL for now. 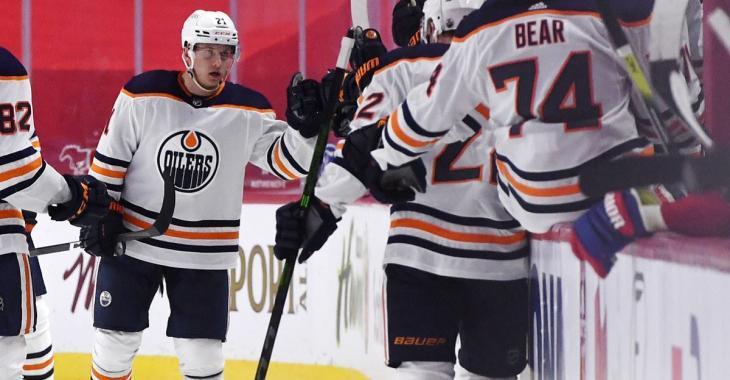 The flat cap era of the National Hockey League has created a number of problems for teams around the league when it comes to signing, or re-signing, players in free agency, but those problems also extend to the players themselves.

On Monday morning it was officially announced that veteran forward Dominik Kahun would be leaving the NHL, at least for the foreseeable future, after signing a long term contract with Schlittschuh Club Bern of the Swiss Hockey League. The team, which is known as SC Bern, has reportedly signed Kahun to a three year deal, although he will have the ability to opt out of the contract at certain points each year if he does receive another offer from a team in the NHL.

I suspect that the move comes as a result of Kahun being unable to secure himself any kind of long term deal in the NHL, something that would make sense given he is coming off a relatively disappointing season as a member of the Edmonton Oilers. During the 2020 - 2021 campaign, Kahun appeared in 48 games for the Oilers recording 9 goals and 6 assists for a combined 15 points, but by the end of the season he appeared to have fallen out of favor with the organization and was made to be a healthy scratch in half of their playoff games. That is not a ringing endorsement of the player, especially when you consider that a big part of the reason the Oilers signed him to begin with was to reunite him with former teammate Leon Draisaitl who played with him in Germany when they were just teenagers.

I must admit it is somewhat surprising that Kahun was not able to secure himself something like a professional tryout offer, and it could very well be that the 3 year deal with SC Bern was more appealing to him that a PTO. This three year deal with SC Bern will give him and his family long term security, while also offering him the possibility of taking an NHL offer down the line should a team come calling. The financial terms of the new deal have not been disclosed.