Tkachuk's debut not too far away. 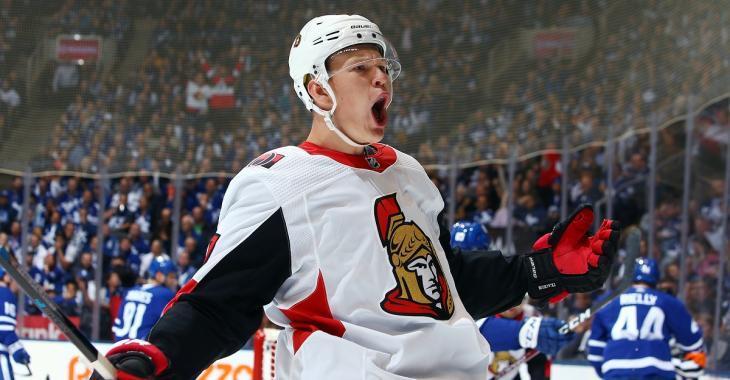 The extended contract negotiations between restricted free agent forward Brady Tkachuk and the Ottawa Senators during the offseason are finally over, after some cause for concern in the days leading up to the start of the season, and now fans are eager to see Tkachuk return to the ice and get his National Hockey League season underway.

In spite of the fact that he has now signed his new deal, a contract that carries an average annual value of $8.214 million and will keep Tkachuk in the fold for the next 7 years, Tkachuk has yet to make his regular season debut with the Senators. This is to be expected given that, despite engaging in some offseason training of his own alongside fellow restricted free agents Quinn Hughes and Elias Pettersson, Tkachuk missed all of training camp and as a result all of Ottawa's preseason preparations coming into this season.

The big question on everyone's mind has been when that debut will occur, and on Saturday Ottawa Senators head coach DJ Smith provided us with some pretty good clues on when that might be. Although Smith would not nail down a specific date for Tkachuk to enter the lineup, he did indicate that he would be taking a cautious approach with his star forward. Smith informed reporters that Thursday's game, where the Senators will face off against the San Jose Sharks, is the game we are most likely to see Tkachuk start his season.

Smith, who ruled out the possibility of Tkachuk playing in Saturday's game against the Maple Leafs entirely, was asked if there was any chance the young forward could debut on Sunday when the Senators will face off against the Dallas Stars. Smith would not rule out the possibility entirely as he did for Saturday night, but again indicated that Thursday was more likely.

"There is a chance, injuries and things like that happen, but we'll see what he looks like today and but I err on the side of caution," said Smith in response to the question.

The Senators have a number of games on their schedule to open the regular season which makes the timing here less than ideal, but no doubt Smith's decision to be cautious with Ottawa's newly minted forward is the correct one.

Canadian hockey fans give Walter Gretzky an amazing tribute.
Subscibe to
Our NEWSLETTER
Receive the best articles of the web directly in your email