Is the disgruntled Sabres captain trying to tell us something here? 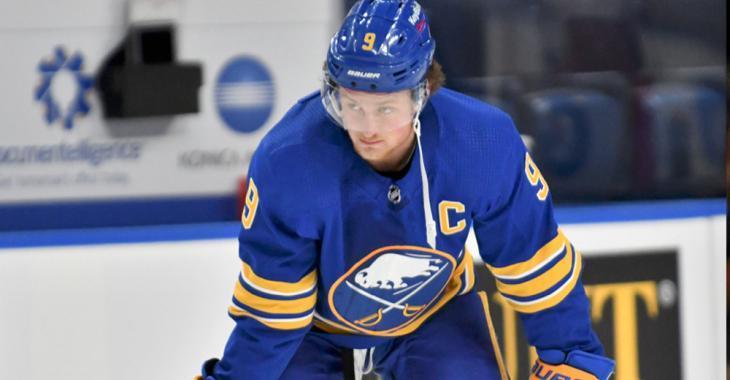 Buffalo Sabres captain Jack Eichel has found himself in the headlines earlier this offseason after his allegations that there's a "disconnect" between himself and the club regarding a neck injury that he suffered, and that this reported rift between the two sides could lead to Eichel wearing a different uniform next season.

Eichel has yet to play meaningful hockey in his relatively young six-year NHL career, and the Sabres don't appear any closer to breaking their decade-long playoff futility streak than they were when he was drafted 2nd overall behind Connor McDavid in 2015. Meanwhile, speculation continues to abound that Eichel could be on the move.

Earlier today, he gave fans a bit of insight into how his offseason is going, posting a simple and yet effective message on his personal Twitter account that consisted of nothing but a frown-face emoji:

The herniated disk in his neck that he suffered last season kept Eichel to a mere 21 games during the shortened 2020-21 NHL Season. His offensive production wasn't anything to write home about, as he scored a mere two goals with 16 assists with a rather pedestrian minus-9 plus minus rating. Since arriving in the NHL in 2015, he's tallied a total of 139 goals and 216 assists.