NHL News : Disgraced NHL prospect Mitchell Miller makes it clear he has no remorse for disabled boy he abused

Maybe I'm old school, but you only get a second chance after you've shown true remorse. 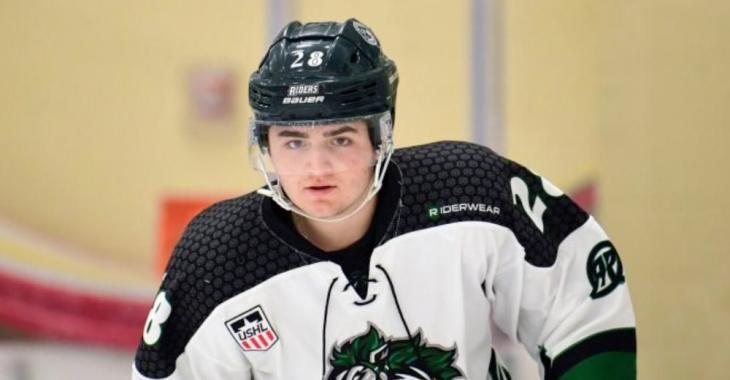 According to a report from Sportsnet NHL broadcaster Jeff Marek, former Arizona Coyotes draft choice Mitchell Miller has finally found a team to continue his hockey career with... his former team, in fact, the Tri-City Storm of the USHL.

Miller put up eight goals and 33 points with the Storm in the 2019-20 season prior to being drafted by the Coyotes in the fourth round (111th overall) of the 2020 NHL Entry Draft. Of course, the Coyotes rescinded their selection of Miller after confirmed stories of his past came to light. In 2016, Miller and a fellow classmate were found guilty in an Ohio juvenile court on charges of assault after forcing a developmentally disable classmate to eat a piece of candy that they had wiped inside a urinal. They were also accused of kicking and punching the classmate.

A further expose from the Arizona Republic exposed the faced that Miller also frequently used racist language toward the victim, who is African American. The victim and his mother made several public statements claiming that they don't feel Miller was remorseful for his actions and that he never apologized for what he had done. By all accounts, Miller turned the entire scandal into a bit of a pity party for himself. A juvenile court ruled that Miller had no remorse for his actions and that he seemed more concerned with his damaged reputation than with the damage he inflicted on the victim.

As you might imagine, the Coyotes came under considerable criticism for drafting Miller, especially after it was revealed that the team had full knowledge of his history when they selected him. The public backlash ended with the Coyotes relinquishing his rights and with the University of North Dakota (NCAA) dropping him from their program. He sat the entire 2020-21 season out, having never found a team that would welcome him. Now it appears though that his former team is giving him a fresh start.

"We’re going to take care of him," said Tri-Cities head coach Anthony Noreen earlier this week. We’re going to look our for him. This is not a hockey decision. This is a person decision doing what we feel is right and what our team, our league and our coaching staff exists for.”

Here's my problem with that...

The kid hasn't shown an ounce of remorse or regret for what he did. I mean... just look at what he said himself when questioned about his past on Zoom just yesterday.

“I think when I was 14 I was just a young boy, but I’ve matured a lot," Miller maintains. "I’ve done service hours since that, and I think when I’m at Tri-City with coach Noreen and the other coaches, they’ll be able to help me be more mature than I have in the past couple of years."

“I was unable to reach out to them after the incident, but I think eventually I will definitely reach out and obviously say I’m sorry for all the inconvenience I caused when we were 14 with their family and the child.”

You've been unable to reach out to the family for five years now? BS. You think you will definitely reach out now? You think so, eh? Also that word "inconvenience" is doing a LOT of work there. Maybe the word "abuse" might be better? Also throwing in your age seems to be bit of a deflection too.

It's my personal opinion that this kid deserves a second chance. But ONLY after has truly shown remorse for his prior actions. Judging by his words, I'm not sure that's possible. This kid has zero awareness and doesn't seem like he's going to grow up anytime soon.

Sam Bennett pulled out of tonight's game due to the NHL's covid protocols.
Subscibe to
Our NEWSLETTER
Receive the best articles of the web directly in your email