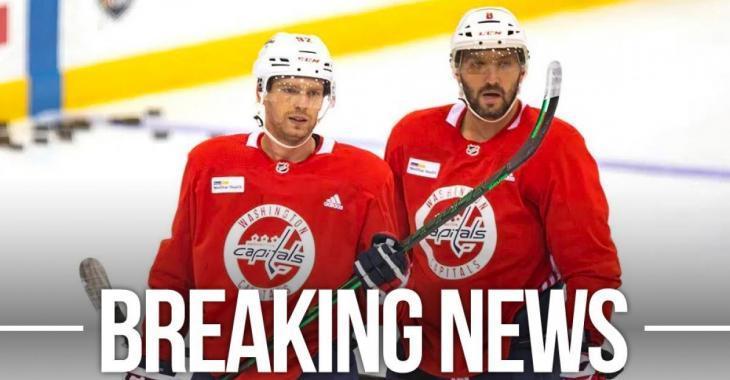 Last week, the National Hockey League fined the Washington Capitals $100,000 for violating the league’s COVID-19 protocols. In a statement released by the league, Alex Ovechkin, Evgeny Kuznetsov, Dmitry Orlov and Ilya Samsonov were accused of gathering social in close contact without wearing a face covering. They were automatically placed on the NHL COVID Protocol Related Absences list.

At that time, head coach Peter Laviolette had commented on the players’ status and declared that they will miss “at least” the next four games while they quarantine.

However, it’s been five games now and it sounds like their absence will be longer following Friday’s update. As reported by Tom Gulitti, Ovechkin, Orlov; Kuznetsov and Samsonov all remain on the NHL COVID Protocol Related Absences list released at 5 p.m. ET today.

They’re still in the COVID protocol, as of today.

The Capitals are set to face the Boston Bruins on Saturday, and this sure sounds like Ovechkin, Orlov; Kuznetsov and Samsonov won’t be in uniform.

We all know how Ovechkin’s wife reacted to the league’s decision to fine the Capitals and placed her husband on he NHL COVID Protocol Related Absences list. We wonder how she feels about today’s announcement…

It's official, Ekblad is out for the season