Are the Red Wings on the verge of big things? 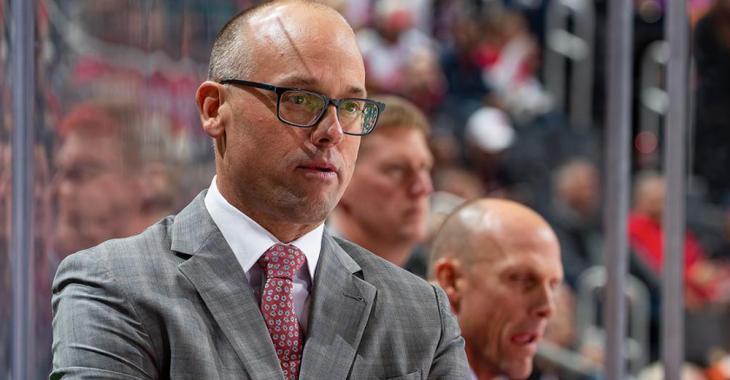 Detroit Red Wings GM Steve Yzerman has had a busy offseason thus far, continuing to put his mark on the team as he enters his third season on the GM since taking over for Ken Holland in 2019.

And after his work in the recently completed 2021 NHL Draft, he turned his attention to free-agency. There are several new faces aboard in the Motor City, and among those include highly touted center Pius Suter, whom the Chicago Blackhawks elected not to re-sign. Following the departure of veteran Luke Glendening to the Dallas Stars, Yzerman was quick to swoop in and lock up Suter to a two-year deal.

Among Yzerman's additional acquisitions include defenseman Nick Leddy, Dearborn native Jordan Oesterle and former Red Wings enforcer Luke Witkowski, who returns to Detroit for a second tour of duty. And of course, perhaps his most notable acquisition this offseason was 2021 Calder Trophy finalist goaltender Alexander Nedeljkovic from the Carolina Hurricanes, who was subsequently signed to a two-year contract extension. And of course, Jakub Vrana and Adam Erne were both re-signed to new deals.

However, one of the moves that Yzerman made that had people talking was the extending of head coach Jeff Blashill, who has seen more than a few calls for his removal over the years by the fans. But for now, Yzerman is sticking by him. And if the latest comments from Blashill are any indication, the Red Wings are on the verge of big things.

While speaking at a golf outing in metro-Detroit yesterday, Blashill stated his belief that his team is moving in the right direction.

“We think we’re headed in the right direction,” Blashill explained. “Now what does that mean?

“I can’t tell how you quick can we get to where we want to be. I can’t tell you those things. But I definitely feel like we’re headed in the right direction."

Blashill is of the belief that the additions that Yzerman has made will make the team stronger as they aim to return to the playoffs after several years on the outside looking in following their 25 year streak.

“We’ve gotten some players that are going to help us and now we’ve got to go to work,” Blashill said. “In terms of expectations, we’re going to start camp and we want to be better on Day 2 than we were on Day 1.”

Will the Red Wings continue to move forward with Blashill behind the bench?

Shestyorkin shoves Marchand during intense play!
Subscibe to
Our NEWSLETTER
Receive the best articles of the web directly in your email