It wasn't the easiest of decisions to release the veteran forward from his PTO. 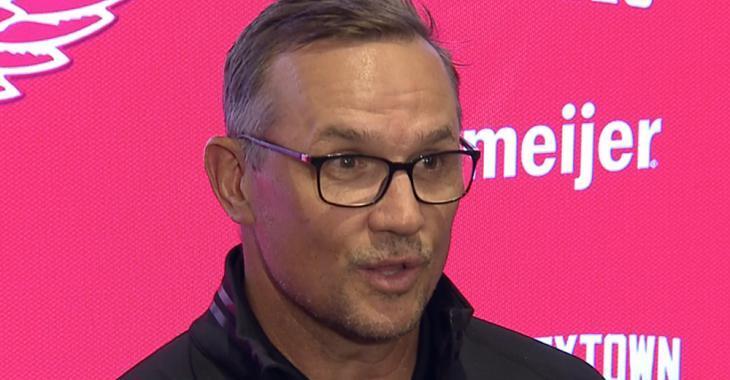 The National Hockey League required all 32 clubs to submit their final 23 man rosters by 5:00 PM EST this afternoon. The Detroit Red Wings have done so, and the likes of Lucas Raymond and Moritz Seider will be skating against the Tampa Bay Lightning on Thursday night in the team's regular season opener.

But one name that wasn't included in the final roster was veteran forward Bobby Ryan, who was released from his professional try out contract by Detroit earlier today. Ryan was attempting to win a job for the second straight year in the Motor City.

However, it sounds like general manager Steve Yzerman is keeping the door slightly cracked open.

"We felt that Bobby had a good preseason for us, but due to roster limitations, we aren't able to offer him a contract at this time," Yzerman explained after the decision was made public by the team. "We will continue to evaluate whether there is an opportunity for Bobby in Detroit as the 2021-22 season begins."

Ryan, who scored twice along with two assists in six exhibition games, was made expendable thanks to the particularly strong play of Raymond, who was Detroit's top selection in the 2020 NHL Draft. And according to head coach Jeff Blashill, it certainly wasn't an easy decision.

"We just made that decision that that is the best thing for us," coach Jeff Blashill said after Monday's practice at Little Caesars Arena. "I wish Bobby a ton of luck going forward. I think he's a great, great person, a real good player, but that's (the decision) we made."

"It at times was portrayed as two guys fighting for one job," Blashill said. "That was not necessarily the case. But Lucas' game, and other guys how they played, factored into it for sure. Lucas had a real good first part of camp."

He signed a one-year deal with Detroit last offseason and soon made team history by scoring four goals in his first three games with the team. He'd finish the year with seven goals and seven assists in 33 games played.

Ryan took a leave of absence from the Ottawa Senators two seasons ago in order to deal with personal issues stemming from alcohol abuse. But he completed his recovery, and scored a hat trick for good measure with Ottawa in his first game back. He was later awarded the Bill Masterton Memorial Trophy for his perseverance.

A veteran of 866 NHL games played between the Anaheim Ducks, Ottawa Senators and Red Wings, Ryan has tallied 261 career goals with 308 assists, along with 470 PIM.

Report: Blackhawks and Red Wings engaged in bidding war over KHL star Zhafyarov
Subscibe to
Our NEWSLETTER
Receive the best articles of the web directly in your email