Steve Yzerman is looking more and more like a genius every day since this deal. 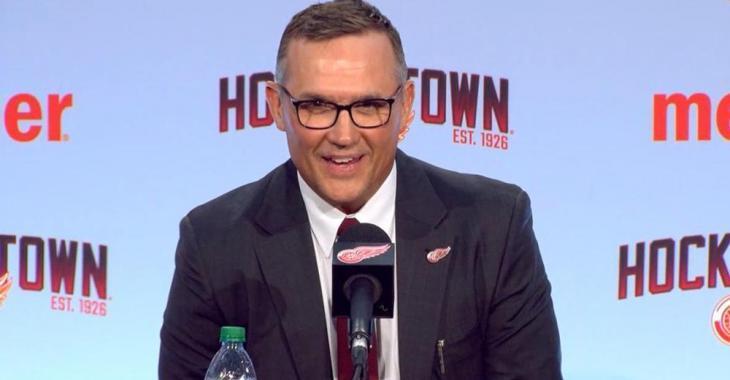 The Detroit Red Wings pulled off one of the NHL Trade Deadline's biggest moves last month, acquiring forwards Jakub Vrana and Richard Panik along with a 1st and 2nd round draft pick in exchange for underachieving forward Anthony Mantha.

And though it was a small sample size, Vrana and the Red Wings appear to be a match made in heaven.

Vrana scored eight goals (four in one game against the Dallas Stars) and three assists in the 11 games he appeared in with his new club, and showed that he can be the kind of impactful player that helped the Capitals to their first Stanley Cup in franchise history in 2018.

Meanwhile, Mantha appeared to be an equally impactful match upon his arrival in the nation's capital, scoring four goals in his first five games with his new team. However, when it mattered most, Mantha didn't appear on the scoresheet, failing to score a goal in 15 straight games including the playoffs.

And thanks to the current goings-on of the Stanley Cup Playoffs, the deal that Red Wings GM Steve Yzerman pulled off with Washington is looking even better by the day.

The Capitals were eliminated in a rather quick five games against the Boston Bruins, while the Hurricanes trail the Tampa Bay Lightning in Round 2.

Steve Yzerman and the Red Wings made out like bandits on that trade, and with Washington's early exit, it's getting even better.