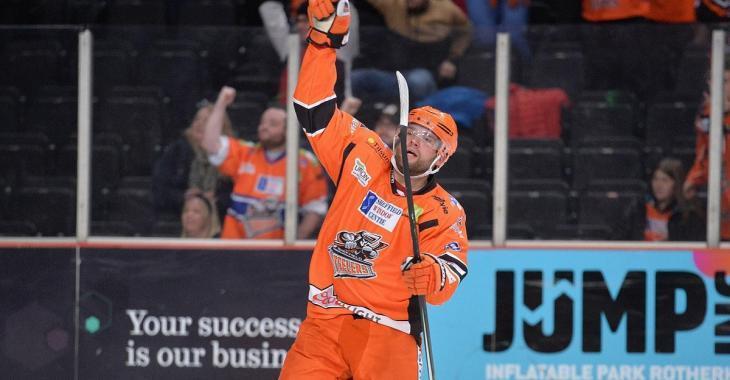 We have some tragic news to report from the Elite Ice Hockey League.

According to a report from Czech media outlet iSport, 32 year old defenseman Marek Troncinský was found dead in his home country of the Czech Republic at some point in the late hours of Saturday night or the early hours of Sunday morning. The cause of death has not been determined at this time but there was no indication that Troncinský was ill and foul play is not believed to have been involved. In fact Troncinský had just signed a new deal with the Sheffield Steelers where he was expected to resume his career after his previous campaign with the team was forced to end early as a result of the ongoing pandemic.

Of course it is always sad when someone loses their lives far too early but in the case of Troncinský things are even worse considering he now leaves behind both his wife and a young daughter. Troncinský had become a very popular player in both the Sheffield Steelers' locker room and with their fan base after having a terrific first season with the team during the 2019 - 2020 campaign, one that saw him record 12 goals and 30 assists for 42 points in just 43 games played.

After being forced to leave the Steelers as a result of the pandemic Troncinský had spent time playing hockey in Romania, however teammate Davey Phillips recently revealed that the conditions he was living in during his time there were far from ideal. According to The Star, Phillips had indicated that he himself would not have wanted to live under those conditions, although Troncinský eventually returned to the Czech Republic to be with his family.

Troncinský is probably best known for his time playing in the Kontinental Hockey League and for representing the Czech Republic during his time on the national team, however according to iSport his "big problem" was that he was often perceived to have problems off the ice. There was plenty of speculation regarding problems of substance abuse and debts, something that may have limited the success he had over the course of his playing career.

Our condolences go out to all of his teammates on the Steelers but most importantly to his wife, child and all of Troncinský's loved ones.