An update in the ongoing Tony DeAngelo Saga 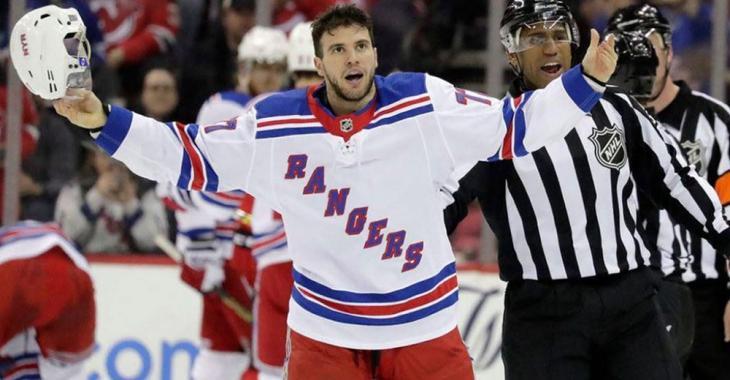 It's been over a month now since New York Rangers defenceman Tony DeAngelo was waived by the team following an alteration with goaltender Alexandar Georgiev. Once DeAngelo cleared waivers the Rangers effectively let him know that he would not be back with the team. Ever. That evidently extends to the team's AHL affiliate in the Hartford Wolfpack, as well.

According to NHL insider Frank Seravalli of TSN, DeAngelo has formally requested a loan to the AHL, but the Rangers aren't interested in facilitating that if it means he has to join the Wolfpack. Instead, a third team would need to get involved and allow DeAngelo to join their AHL club on loan.

"Tony DeAngelo has expressed interest in a loan to the American Hockey League," Seravalli said. "That’s what he let the Rangers know, that he’d like to get playing again. He’s been skating for the last month to this point on his own.

"He’s willing to accept a loan to any AHL franchise, and I believe the Rangers are interested in facilitating that, but it would take someone else stepping up to do so because the Rangers have let him know he’s not welcome in Hartford. The ties have been cut with the entire Rangers organization to this point."

In other words, "Sure... you can play in thee AHL... but not with us. Let us know if you find something."

I have no doubt that DeAngelo and his representation are busy working behind the scenes on mapping out his next move. Stay tuned.