NHL News : David Krejci indicates he will not finish his career in Boston.

Some very strange responses from the Bruins veteran. 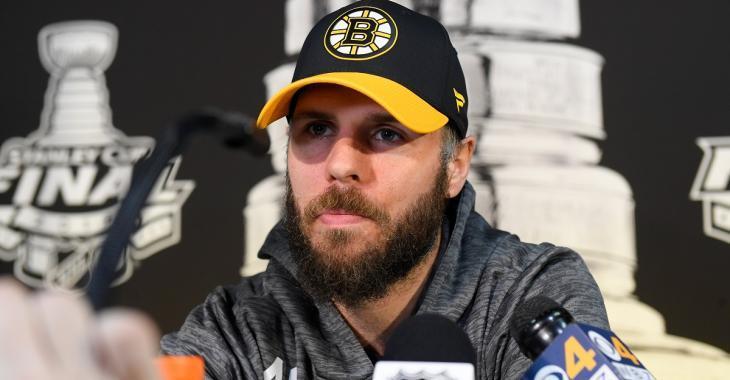 It's shaping up to be quite an explosive offseason in the National Hockey League with a huge number of teams set to make significant changes and a number of veteran players set to hit the open market as unrestricted free agents.

One of the names that will be among those free agents, assuming that he does not sign a new contract over the course of the next few days, is that of Boston Bruins veteran centerman David Krejci. Krejci, who has played over a thousand combined games in both the regular season and the playoffs for the Bruins in his career, has spent his entire career in Boston but during his exit interview following a second round playoff exit at the hands of the New York Islanders he indicated that his career is unlikely to end in Boston.

Speaking to members of the media Krejci, as he has done in the past, once again reiterated his desire to end his career in his native country of the Czech Republic.

Playing in Czech is one thing but playing for another NHL team is another matter entirely. However when it came to questions about possibly resigning with the Bruins or even when reporters pressed him about the possibility of signing with another organization for more money, or more term, Krejci appeared very evasive as if he was keeping something close to the vest.

"Well...." said Krejci pausing to gather his thoughts before adding "it's not about money. I guess that's all I can tell you. My next deal is not gonna be based on money."

This was something Krejci reiterated again when he was pressed on the matter, but he definitely came off like a man that already knows something that we don't. You can hear him in his own words in the short clip below courtesy of the Boston Bruins.

Bruce Cassidy confirms the Bruins will be down a man in Game 4.
Subscibe to
Our NEWSLETTER
Receive the best articles of the web directly in your email