NHL News : Danton Heinen, one of the few 40+ point players left in free agency, signs a one year deal

Can't believe this guy didn't get scooped up earlier. 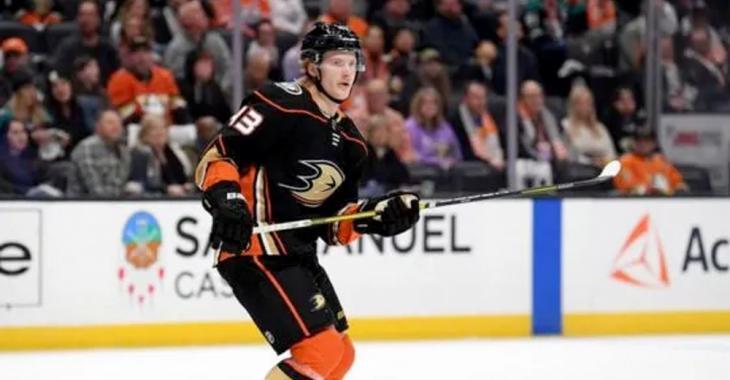 This just in, the Pittsburgh Penguins have signed free agent forward Danton Heinen to a one year contract worth $1.1 million.

The 26 year old winger put up seven goals and 14 points in 43 games with the Anaheim Ducks last season, but managed an impressive 16 goals and 47 points in his career best season with the Boston Bruins back in 2017-18. Alongside superstars like Sidney Crosby and Evgeni Malkin, there's reason to believe that Heinen can put up better numbers in Pittsburgh. The 6 foot, 1 inch, 190 pound forward from Langley, BC has been buried behind guys like Ryan Getzlaf, Adam Henrique, Patrice Bergeron and David Krejci with the Ducks and Bruins throughout his career and it'll be interesting to see if he finally gets an opportunity at top six minutes with the Penguins.

Read below for the full press release announcement of Heinen's signing courtesy of the Penguins' official website:

The Pittsburgh Penguins have signed forward Danton Heinen to a one-year contract, it was announced today by general manager Ron Hextall.

The one-way contract runs through the 2021-22 season and carries an average annual value of $1.1 million.

Heinen, 26, spent the 2020-21 campaign with the Anaheim Ducks, suiting up for 43 games and notching seven goals, seven assists, 14 points and one game-winning goal. His seven goals were tied for fifth-most on the Ducks.

The Langley, British Columbia native has 33 games of Stanley Cup Playoff experience, all with the Bruins, where he's picked up three goals, six assists, nine points and is plus-6 in 33 games. He dressed for all seven of the Bruins Stanley Cup Final games in 2019, registering one assist.

Heinen spent one full season in the American Hockey League, and parts of two others, with the Providence Bruins. He was named an AHL All-Star in 2016-17 after accumulating 44 points (14G-30A) in 49 games with Providence.

Prior to being drafted in the fourth round (116th overall) in the 2014 NHL Draft, Heinen spent two seasons playing collegiate hockey at the University of Denver from 2014-16. In 81 career games, Heinen scored 36 goals, 57 assists and 93 points.

Rumblings of a blockbuster Eichel trade to Canada!

Tony DeAngelo has found a new NHL team!
Subscibe to
Our NEWSLETTER
Receive the best articles of the web directly in your email