Strong words from the CEO. 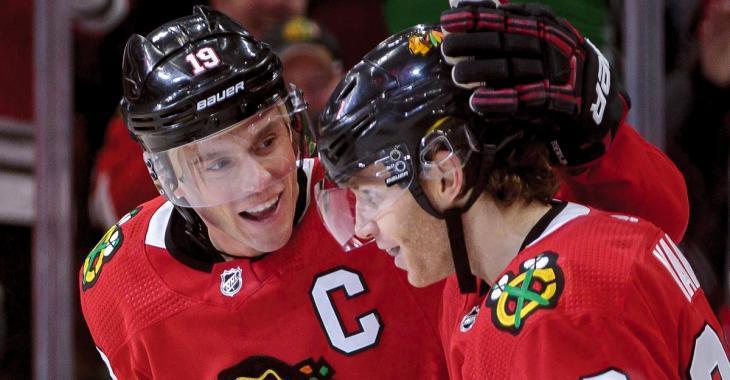 The ongoing scandal surrounding the Chicago Blackhawks, one in which former Blackhawks staff member Bradley Aldrich is accused of having sexually assaulted members of the Blackhawks roster, has been one of the ugliest scandals to rock the National Hockey League in recent memory. It has grown serious enough that late in the month of June the Blackhawks caved to public pressure and reported that they had begun taking steps towards conducting an independent investigation into the matter.

I must admit that following this announcement most of the public sentiment I saw coming in response to it was pretty negative. After this matter had seemingly been covered up by the Blackhawks for years, many felt that we were not likely to get very many answers with the Blackhawks investigating themselves. On Monday however those who doubted the Blackhawks sincerity in this matter may have been given some hope when Blackhawks CEO Danny Wirtz made a powerful statement regarding the investigation via an internal Blackhawks memo.

First reported by Blackhawks insider Mark Lazerus, Wirtz appears to pledge to make the result of the investigation available to the public. This would obviously be huge in terms of giving the Blackhawks more credibility when it comes to this matter, but perhaps more importantly it also means that there could be some big time ramifications for the people who were involved in covering this up, even beyond just the legal ones.

According to the memo the Blackhawks will "share results (of the Jenner & Block internal review) with you, our partners and our fans and will promptly implement changes to address the findings and shortcomings of our organization."

Wirtz, who was not the CEO of the Blackhawks at the time the scandal is alleged to have occurred, also pledged to use this moment to improve the internal workings of the organization that he now oversees after taking over from his father, Rocky Wirtz.

"I can assure you that we are using this process to engage in the self-reflection necessary to better our organization and ensure that our workplace is safe and inclusive," said Danny Wirtz. "And while we await the results, we will continue a process of self evaluation."

Sabres seek 6 components in blockbuster trade for Eichel!
Subscibe to
Our NEWSLETTER
Receive the best articles of the web directly in your email