The controversial winger speaks out. 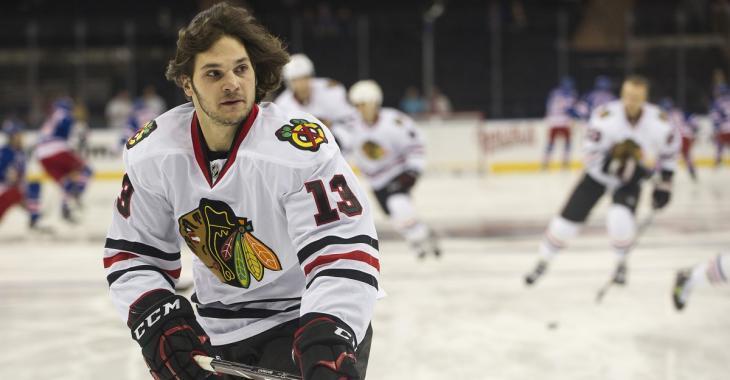 The Chicago Blackhawks are embroiled in allegations of sexual abuse stemming from a lawsuit filed by a former player, one that has yet to be identified, but since that initial filing more and more former players and coaches have begun to make public statements seemingly supporting the alleged victim.

The latest comes from former Chicago Blackhawks winger Daniel Carcillo who on Sunday indicated that even players on opposing teams had heard whispers of the behavior of former Blackhawks video coach Brad Aldrich, the man accused of the sexual impropriety in the recent lawsuit.

"I was on the Philadelphia Flyers playing the Chicago Blackhawks in the Stanley Cup Finals in 2010," wrote Carcillo on Sunday. "We heard the whispers of what Aldrich did. Hard to believe that most people working in the organization didn't know."

Carcillo should be considered something of a biased observer here given his history with the NHL, but similar comments have been made by other former members of the Chicago Blackhawks. Over the weekend former Blackhawks defenseman Brent Sopel called for members of the NHL's front office to be jailed for their inactions on these matters. Sopel's comments are especially noteworthy due to the fact that he was on the team at the time this is alleged to have taken place.

"The front office staff should be in jail," wrote Sopel. "The NHL is showing there true colours. Gary doesn’t care about anyone but himself. This is absolutely disgusting that the NHL is doing nothing."

Sopel went on to characterize the league and its commissioner Gary Bettman as "disgusting" and "huge cowards."

The timing could not be any worse for the league which is about to enter the Stanley Cup Final on Monday, and by then who knows how many more former members of the Blackhawks will have shared their thoughts on the matter?

Sopel and Carcillo are both players but even former coaches have gone on the record since the news broke to corroborate parts of the alleged victims story. Former Blackhawks associate coach John Torchetti made comments over the weekend that corroborated a key part of the narrative, that former skills coach Paul Vincent had been informed by the players of the misconduct from Aldrich and furthermore that Vincent had alerted management to those accusations.

"I remember after the meeting, Paul told me all the brass were in there and that they had said no to going to the police," admitted Torchetti over the weekend.

The NHL has not yet announced any independent investigation into the matter.

Rask heads to the bench for the extra man... with the score tied 2-2 and no delayed penalty
Subscibe to
Our NEWSLETTER
Receive the best articles of the web directly in your email