The Stars captain inched his team that much closer to a playoff spot with his 2nd straight OT winner. 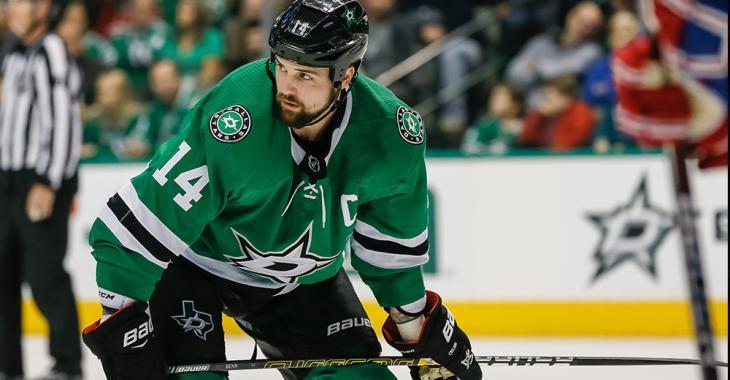 His overtime winning goal against the Carolina Hurricanes Monday night was the second such GWG for Benn in as many games, and tied Modano with nine overtime winning tallies over the courses of their career.

Oh, and it helped the Stars, who are now just two points back of the Nashville Predators in the Central Division, that much closer to a playoff spot. Certainly not a bad not in Big D.

“I think he loves these situations where he can put the team on his back and say ‘Let’s go,’” head coach Rick Bowness said. “And he’s been doing that for a long time this season. It’s great to see. He’s giving us great leadership on the bench, in the room. It’s nice to see him get rewarded.”

“Everyone loves that guy,” goaltender Jake Oettinger said of Benn. “He’s the best captain I’ve ever played for, and he’s a guy that you want out there when the game’s on the line. He wants to win more than anyone, and he wants to lead this team into the playoffs. Just really happy for him. A lot of people don’t see what type of person he is off the ice or to the guys or the type of leadership that he brings on a daily basis.”

Forward Joe Pavelski, a former captain in his own right with the San Jose Sharks, believes that Benn has been improving as the season moves along.

“I think his game has gotten better and better as the season went on,” Pavelski said. “He’s been good. He’s been really good. He’s taken control of the line, he’s been skating, making a lot of good plays. That goal he scored tonight was huge for us, I think it tied the franchise record for overtime goals. No better time for us.”

“We’re in a battle as a group here,” Benn said. “We’re playing good hockey and just wanted to continue that tonight.”

The Stars continue their playoff quest with a second matchup against Carolina tonight at American Airlines Center.

NHL insider Frank Seravalli quits TSN, is ESPN in his future?
Subscibe to
Our NEWSLETTER
Receive the best articles of the web directly in your email