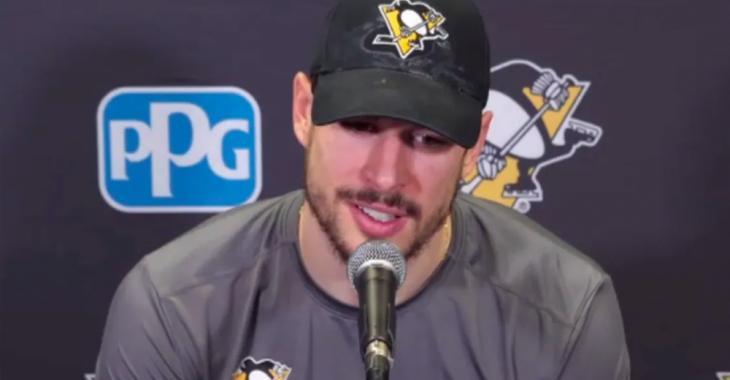 In case you missed it, last week former NHL forward Brandon Dubinsky did not hold back when asked for his feelings on NHL superstar Sidney Crosby. Dubinsky was a guest on The Garage Beers podcast when he was asked about the age old "Sid vs Ovi" debate when he offered up this summation:

"Everybody wants to talk about Sid and Ovi or whatever," Dubinsky said. "Dude, f--- Sid. I'll take Ovi every day of the week."

Dubinsky then doubled down on social media with this post:

Crosby chose to ignore Dubinsky until he was asked about the social media post yesterday from a Pittsburgh reporter. Sid's response is just perfect.

"He can say what he wants. If you guys have any more hockey questions, I'd love to answer those."

How great is that? Crosby both takes the high road and drags Dubinsky through the mud at the same time. "He can say what he wants," is so dismissive. But, "If you guys have any more hockey questions..." basically implies that Dubinsky has nothing to do with the sport anymore. He's insignificant. Not even worth addressing.

Anyone else getting serious "Don Draper" vibes from Sid here?