NHL News : Crosby breaks an NHL record set by only Gretzky and Lemieux

Sid the Kid adds to his long list of personal accomplishments. 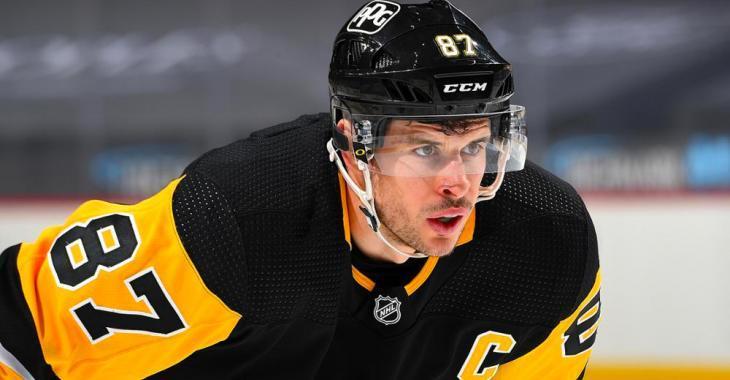 In case you missed it last night the Pittsburgh Penguins had their season officially ended at the hands of the New York Islanders. The Islanders bested the Penguins four games to two in their opening round best of seven playoff series with last night's 5-3 victory in Game 6. While most of the talk and analysis has centered around Penguins goaltender Tristan Jarry and his sub-par performance, there are of course other issues with this team's roster.

Superstars Sidney Crosby and Evgeni Malkin aren't getting any younger, ditto for #1 defenceman Kris Letang. But by any measure Crosby, Malkin and Letang all performed admirably this season and post-season. The same can be said for 36 year old Jeff Carter who actually led the team in scoring since his arrival from the Los Angeles Kings at the trade deadline. Still, outsie of Jake Guentzel and Kasperi Kapanen, this isn't a team with a lot of young talent. And if I'm being perfectly honest, at 26 years old and 24 years old respectively, I wouldn't even consider those two terribly young. For better or worse the Penguins' current and future success is in the hands of their aging core.

Of course, it helps when your aging core has at least two future Hall of Famers in Crosby and Malkin. In Crosby's case, he seems to tick off new personal achievements with each passing season. Case in point, with his season officially coming to a close yesterday evening Crosby established a new NHL record for consecutive seasons scoring above a point per game average.

Sidney Crosby, at just 33 years old, has completed his 16th season in a row scoring ABOVE a point per game. A new record. Mario Lemieux and Wayne Gretzky only did 15 straight.

I don't know if you've heard, but that Mario guy and that Wayne guy were pretty good players in their day. Now, Sid the Kid has surpassed them in terms of the longevity of his most productive years. But, you just KNOW that Sid the Kid isn't content to play out the rest of his career for personal accomplishments. I'm sure he'd love nothing more than to add another Stanley Cup to his hardware collection.

Pierre Luc Dubois addresses head coach John Tortorella.
Subscibe to
Our NEWSLETTER
Receive the best articles of the web directly in your email