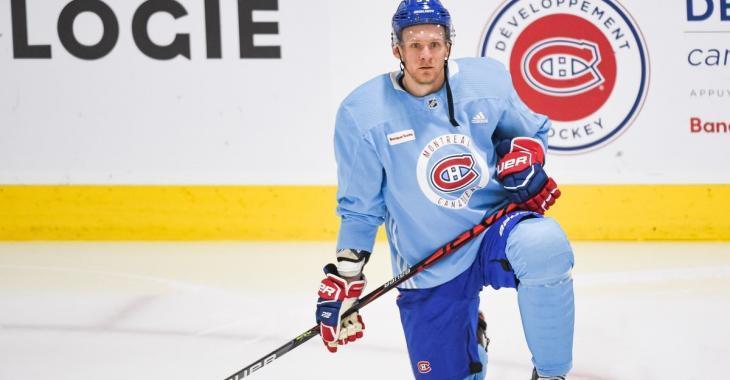 Professional athletes are a superstitious lot and there may be no athlete more superstitious than a player in the National Hockey League. We've heard some pretty wild, and disgusting, stories over the years regarding the lengths to which players will go to in order to earn the favor of the hockey gods and over the weekend we were treated to a new one.

During Saturday night's Hockey Night in Canada broadcast, former NHL defenseman Kevin Bieksa shared a story about a particularly nasty superstition that one of his teammates used to have, that teammate being Corey Perry who is currently playing for the Montreal Canadiens this season. Bieksa shared time with Perry while the two were members of the Anaheim Ducks organization and during that time Perry had a particularly gross way of trying to break his scoring slumps.

According to Bieksa, when Perry would find himself struggling or in a scoring drought he would place his stick in the trash can in the middle of the locker room. Now that in and of itself doesn't sound too bad, but Perry would then reportedly instruct his teammates to throw trash on the stick and even spit on the stick in order to give him good luck. The superstition was supposed to channel the hockey gods and help Perry get a greasy, grimy, garbage type of goal, and I suppose it must have worked if he continued to do it.

The thing that immediately came to my mind when Bieksa was recounting this story was just how lethal a weapon that could potentially make Perry's stick out on the ice. Could you imagine being the unfortunate player that finds himself on the wrong end of a Corey Perry high stick, something that has happened plenty of times during Perry's career, after the entire Anaheim Ducks locker room has just given that stick a trash and spit bath? Gross! The smell alone would no doubt be repulsive.

Perry has since been bought out of his contract with the Ducks and has gone on to play for the Dallas Stars and the aforementioned Canadiens. I wonder if the stick in the garbage can superstition has traveled with him to those organizations.