NHL News : Corey Perry is trending for most awkward situation... 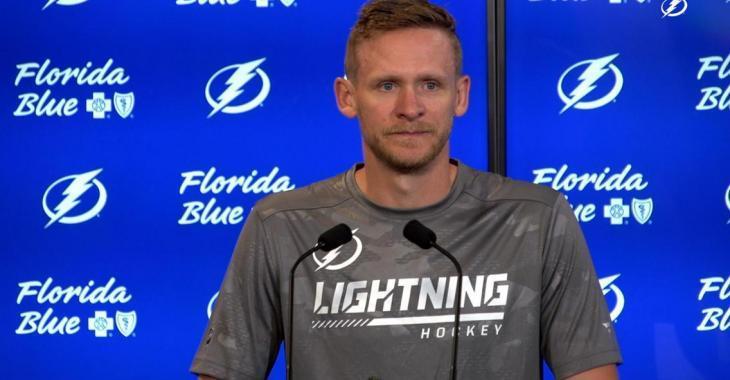 Tonight was exciting for all hockey fans as the 2021-22 season is finally underway. It was also thrilling for the Tampa Bay Lightning, who not only got to play in their season opener at home, but also to watch their Stanley Cup banner got up the rafters before puck drop against the Pittsburgh Penguins.

However, it was not as exciting for veteran forward Corey Perry, who joined the Bolts on a two-year $2 million dollar contract this summer. That’s because he was a member of the Montreal Canadiens when they lost in five games to the Lightning, who hoisted the Stanley Cup on home ice in front of the Habs.

Tonight’s banner rising was awkward for Perry, who had to sit by and watch his new teammates celebrate the moment before the game. He started trending with fans putting up GIFs and memes about Perry and his broken heart.

This has to hurt even more for a veteran like Perry, who not only lost the Cup last year with the Habs, but with the Dallas Stars in 2020, again, against the Lightning.

I bet it helped convince him to sign in Tampa this summer!

Perry also spent several years with the Anaheim Ducks where he won a Stanley Cup back in 2007. He is hoping to get one this year as the Bolts look to three-peat, but for tonight, he is the Lightning’s trending star for this awkward moment…