NHL News : Corey Perry has signed with the Montreal Canadiens.

Corey Perry is headed to Montreal. 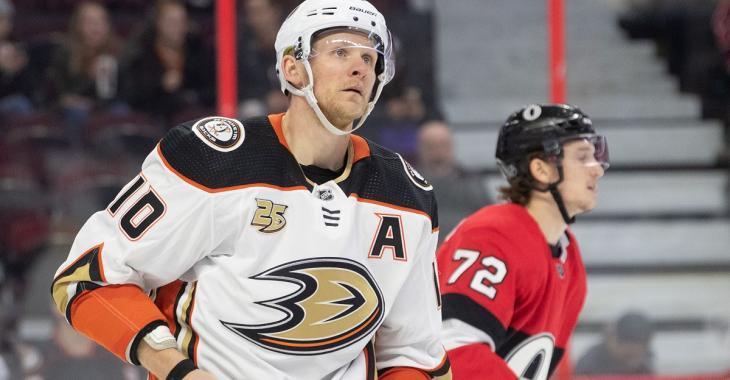 The Montreal Canadiens have just added a veteran presence, as well as some grit, to their forward group and have done so at a very reasonable price.

According to an official announcement on the part of the Montreal Canadiens organization, the Habs have just signed veteran forward Corey Perry to a one year contract. The deal will be a very low risk play on the part of Canadiens general manager Marc Bergevin with the free agent signing coming in at just $750,000 on that one year deal.

Although best known for his time as a member of the Anaheim Ducks organization, Perry's most recent performance comes with Stanley Cup Finalists the Dallas Stars. Perry had a relatively mediocre regular season with just 5 goals and 16 assists for 21 points over 57 games in the shortened season and finished with a plus minus rating of -2. His performance for the Stars in the playoffs however earned high praise from both fans and critics alike with Perry coming up big in clutch moments for the Stars, finishing with 5 goals and 4 assists during Dallas' 27 game playoff run.

I would be remiss if I didn't mention Perry's other valuable asset, his ability to agitate on the ice. Perry has been one of the National Hockey League's most universally hated players for quite some time and that is in no small part thanks to his ability to get under the skin of opposing players, and by extension under the skin of opposing fan bases. The Canadiens have faced the likes of Brad Marchand in Boston for years as a part of their historic rivalry and no doubt are excited to have a weapon of their own to use in that regard.

This signing, given what I just said in regards to Perry's performance in the playoffs when compared to the regular season, now indicates to me that general manager Marc Bergevin and the Canadiens believe that they have built a playoff contender during their relatively busy offseason. The Canadiens have now made a number of key offseason additions with Perry just being the latest. The addition of goaltender Jake Allen via a trade in September was clearly designed to take some of the workload off of the back of star goaltender Carey Price and the signing of free agent forward Tyler Toffoli will provide a much needed boost on the wing. They also acquired defenseman Joel Edmundson from the Carolina Hurricanes and signed forward Michael Frolik as a free agent just last week, giving the Canadiens significantly more depth than they had at the start of the offseason. The addition of 'taxi squads' for each NHL team this season may have also played a factor in the decision to go ahead and add even more depth by signing Perry.

On a final note, the fact that Perry is Canadian born may have played some role in this signing as well. Perry hailing from Peterborough, Ontario will no doubt make life considerably easier for him within the NHL's "North" division for the 2021 season. Canadian teams will be playing exclusively inside of Canada, a situation that will no doubt be much easier to handle for players that are native to the country.

Biden and Trudeau make a bet on the Stanley Cup Final