This will be tough to swallow for Habs’ fans… 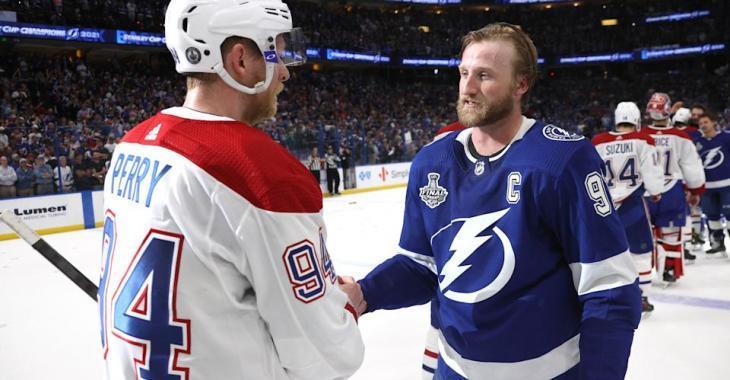 The Montreal Canadiens, and especially their fanbase, loved forward Corey Perry. It was a tough blow when it was announced that the veteran players had signed with none other than the Tampa Bay Lightning as an unrestricted free agent.

As you know, the Habs lost to the Bolts in five games as the Lightning players hoisted the Stanley Cup in front of Perry and his teammates earlier this month.

Perry is hoping that won’t happen again as he signed a two-year deal with the Lightning, who still looks strong despite all the moves they’ve made this offseason.

On Friday, Perry met with media members to explain why he chose Tampa Bay over Montreal, confirming that the deciding factors was the Cup champions extending a two-year offer, which Perry says prompted him to “jump at it right away”, per TSN’s John Lu.

He did say that he is very happy to have played for his favourite childhood team and will never forget his time in Montreal.

“It’s going to rank up there in my career as one of the top things I’ve ever done.”

Perry was also a member of the Dallas Stars team that reached the 2020 Stanley Cup Final where they, too, fell to the Lightning.

Last season, he signed with Montreal as a free agent, a one-year $750,000 contract and posted nine goals and 12 assists in 49 regular season games. He was great to watch in the Habs’ playoff run, scoring four goals and adding six assists in 22 playoff games.

The Habs lost the 2011 Hart Trophy winner, who was drafted by the Anaheim Ducks 28th overall in 2003. He has registered 386 goals and 432 assists in 1,094 career games with the Ducks, Canadiens, and Stars, and we continue to do so in Tampa because of that term on his new deal…