NHL News : Conor Garland is on the trading block.

A big name added to the trade point. 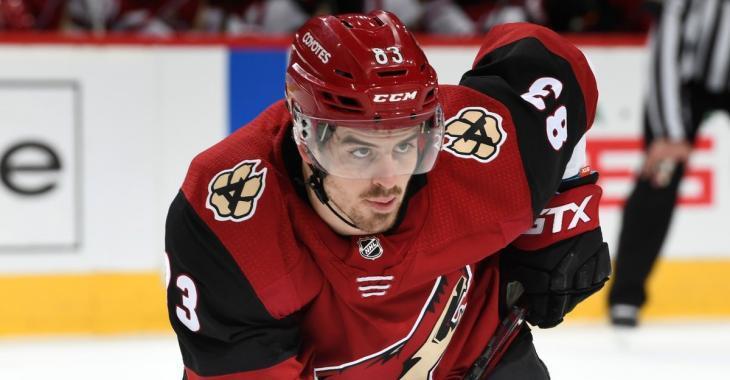 The Arizona Coyotes are expected to be sellers at the upcoming National Hockey League trade deadline, both because they currently find themselves outside of the playoff picture looking in and also due to the fact that their prospect and draft pick pool has been depleted in recent years due to trades and a massive penalty handed down not so long ago by the NHL.

What you may not have expected however is that the Coyotes leading point producer this season is among those currently being looked at as a possible trading chip. On Saturday NHL insider Elliotte Friedman revealed that, although there was indeed some hestitation on the part of the Coyotes, the team is currently considering the possibility of trading forward Conor Garland at or ahead of the trade deadline.

"Ok so Conor Garland, he's got 24 points in 27 games," began Friedman during the NHL broadcast on Saturday. "He's having a tremendous year. He’s an RFA with Arb rights after this season, I’m hearing Arizona has been asked about him. And it's not something I think they really want to do, but if the offer is big enough that it allows them to restock, I think they're going to at least consider it."

As Friedman suggested with his comments, the move is no doubt being considered with the hopes that he would provide the Coyotes with a significant return, one that would potentially help them replenish that depleted prospect pool. At the 2020 NHL Entry Draft the Coyotes were forced to give up both their first round draft choice and their second round draft choice after they were found guilty of having violated the NHL's combine testing policy, this after the man who was general manager of the team at the time, former Coyotes GM John Chayka, had already decided to move on from the organization.

Things got even worse from there for the Coyotes when their first pick in the draft was used on controversial defenseman Mitchell Miller. Miller was selected in the 4th round of that draft but the Coyotes would later rescind their rights to him after facing severe public backlash for selecting him in the first place.

You can see why the Coyotes would need to restock their prospect pool after such a catastrophic draft and it sounds like they may use Garland, the team's top point producer this season, to accomplish that goal.