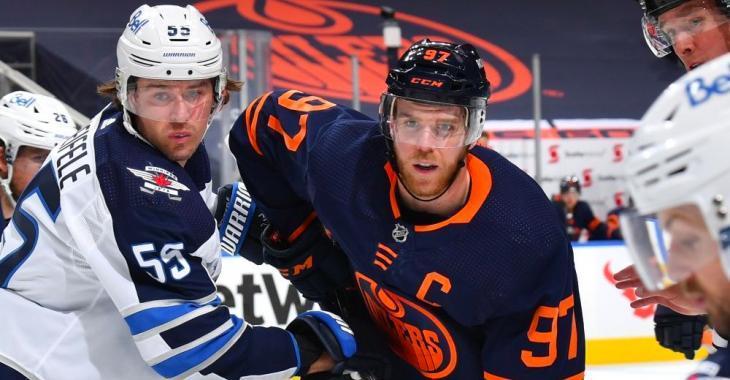 Yesterday Lenasia Ned, girlfriend of Edmonton Oilers defenceman Ethan Bear, posted an Instagram message saying that the 23 year old Bear has received "numerous racist messages and comments" online since the Oilers were eliminated from the Stanley Cup Playoffs by the Winnipeg Jets earlier this week.

Thee 23 year old Bear, is of Cree descent and was raised in the Ochapowace Nation near Whitewood, Saskatchewan. He's been open his entire career about facing ignorance and racism from fans, opponents and even teammates in the past. Bear made a public message through the Oilers social media platform yesterday to condemn these awful, racist actions.

This courageous message from Bear prompted Oilers captain Connor McDavid to make his own public statement on the matter. Something we rarely see from the quiet superstar.

I can't help but feel that these racist idiots wouldn't be coming at Bear if it was the Oilers who swept the Jets earlier this week.

Further factoring into things is likely the fact that it was Bear's errant pass that found it's way onto Kyle Connor's stick for the triple-OT winner on Monday night. If you want to blame Game 4's loss on Bear's mis-play then by all means, go right ahead. But if you come at him because he's from a different culture than you... well then you're just a complete lost cause.

Here's hoping thee Oilers actually do some investigative work and they call out the complete imbeciles who came at Bear online. Frankly, I'd love to see these guys say this stuff to his face. The opportunity to see a 23 year old athlete in the prime of his career absolutely beat the wheels off an ignorant racist is something I'd pay good money to see.

For what it's worth, Bear took another step in his development with the Oilers this season putting up two goals and eight points in 43 games. While that may not sound terribly impressive, he took serious strides defensively this season as well. He's set to earn $2 million against the salary cap in 2021-22 and then will become a restricted free agent in the summer of 2022. The Oilers will be expecting him to take another step, a significant step, next season in the hopes that he can establish himself of the team's core moving forward.

Micheal Ferland finds new job after being forced to quit playing hockey!
Subscibe to
Our NEWSLETTER
Receive the best articles of the web directly in your email