NHL News : Connor McDavid gets scarier on the ice, even for his own teammates! 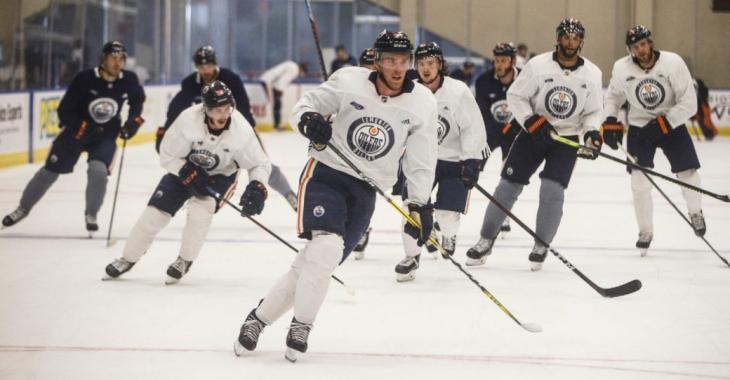 Edmonton Oilers captain Connor McDavid just want the 2021-22 season to start. That will happen tonight as the Oilers’ season opener takes place later against the Vancouver Canucks, and McDavid is ready to prove he can take his game up a notch.

He surely showed it to his teammates and fans watching on Tuesday during team practice, when a video of the star forward got trending. As you can see here below, McDavid is firing one-timers in a new spot, showing how more refined his shot is and he hopes to become more of a scoring threat from this spot.

Fans quickly noticed that he was firing shots from teammate Leon Draisaitl’s spot, which means everyone should see the Oilers’ captain as a threat.

“I feel good,” McDavid said Tuesday, per NHL.com. “I worked hard this summer, worked on my game and just tried to think of different ways to create offense, obviously round out my game, the full 200-foot game, be better defensively and harder off face-offs, the same type of stuff.”

And that includes improving his shot, including adding a one-timer option, especially on the power play, even if it is in Leon’s spot.

We bet a health competition between two of the best players will only help the Oilers. McDavid won the Hart Trophy voted as most valuable player in the NHL for the second time (also 2016-17) last season after scoring 105 points (33 goals, 72 assists) in 56 games. It was the third time (also in 2016-17 and 2017-18) he won the Art Ross Trophy as the League’s scoring leader. Draisaitl is the 2019-20 Hart Trophy winner. Both players are set to kick off the season on the same line along with Jesse Puljujarvi.

It sure sounds like McDavid is focused and rival teams will have to keep a close eye on him. As for Draisaitl and the rest of the team, they’re probably getting used to their captain getting scary better!