Better laugh than cry about it, I guess. 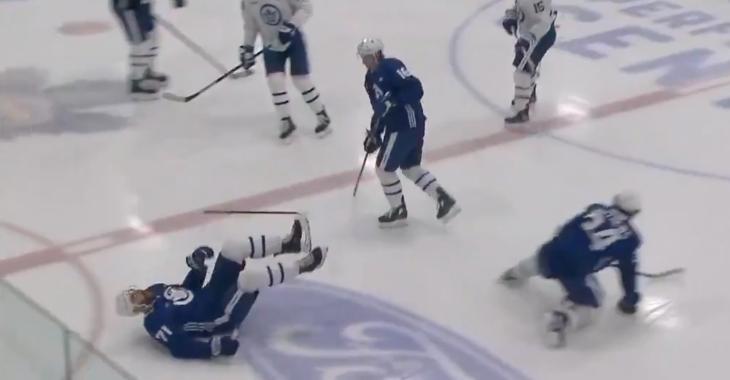 Per team insider Mark Masters, there were some concerns after the Toronto Maple Leafs’ practice on Monday when teammates Nick Foligno and Auston Matthews collided on the ice.

While it was first mentioned that both players were fine and uninjured, rumours started to surface that one of them could have actually sustained an injury. The team isn’t talking about it and when asked about the collision, Foligno mocked the rumours claiming that folks weren't worried about him, they wanted to know if Matthews was alright.

“For me or Auston?” Nick asked with a laugh. “Probably for Auston more than me.

“He’s a big man … That’s probably the hardest I’ve been hit in a long time.”

As you can see on the video, Foligno is the one that went flying as Matthews dropped to his knees, but got back up quickly. The star player gained weight for the season and it certainly showed here as both men collided.

But as Foligno mentioned, fans and pundits were more worried about Matthews’ condition than his own.

Maple Leafs cannot lose Matthews ahead of the postseason.

Jimmy Vesey and Anton Forsberg claimed off waivers!
Subscibe to
Our NEWSLETTER
Receive the best articles of the web directly in your email