The Blue Jackets are bringing back some familiar faces into the fold. 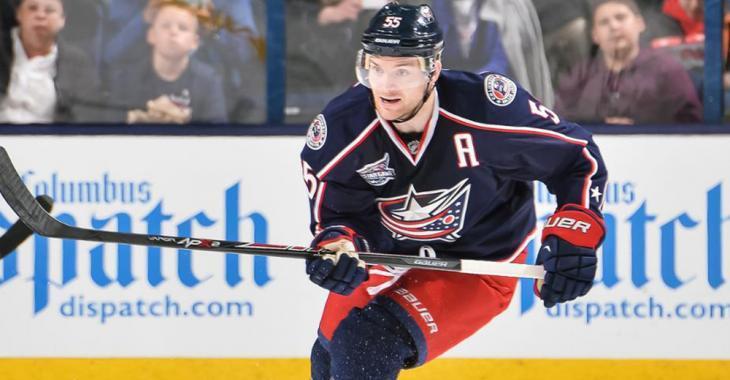 The Columbus Blue Jackets officially concluded an era in their history this offseason when they decided to part ways with hard-nosed coach John Tortorella after six seasons behind the bench. The man known as "Torts" by players, fans and media alike led the Jackets to four straight playoff berths, and also coached them to their first ever playoff series win - a stunning sweep of the heavily favored Tampa Bay Lightning in 2019.

Columbus has already named Tortorella's successor, promoting assistant Brad Larsen to the position of head coach. Larsen was subsequently inked to a three-year deal after having spent the last seven seasons as an assistant. And now, Columbus has pulled the trigger on some additional personnel moves.

Former superstar forward Rick Nash, who was drafted 1st overall by Columbus in 2002 and later served as team captain, has been promoted to director of player development. According to the club, he'll be "supervising the club's development coaches, oversee the progress of prospects throughout the organization and provide feedback to management on player advancement." Nash had been serving for the past two years as a special assistant to the general manager; he's the all-time leading scorer in franchise history and played in five All-Star games during his time in the Buckeye State.

"We are always looking to strengthen our hockey operations group and these moves do just that, particularly in the area of player development," Blue Jackets general manager Jarmo Kekalainen explained after the personnel moves were made official. "In Rick, Derek, Mark and Brad, we have four former players with a combined 34 years of experience in the NHL and 17 in the AHL, as well as having played major junior and college, so they will be able to share a wealth of knowledge and experience with prospects throughout our organization. They are also passionate about the Blue Jackets, our city and what we are building here."

Letestu is a veteran of 567 career NHL games and spend 3 1/2 seasons with Columbus, while Dorsett is a 2006 Columbus draft choice who spent 4 1/2 years with the team.