Published on Monday, March 29 2021 by HockeyFeed in NHL News 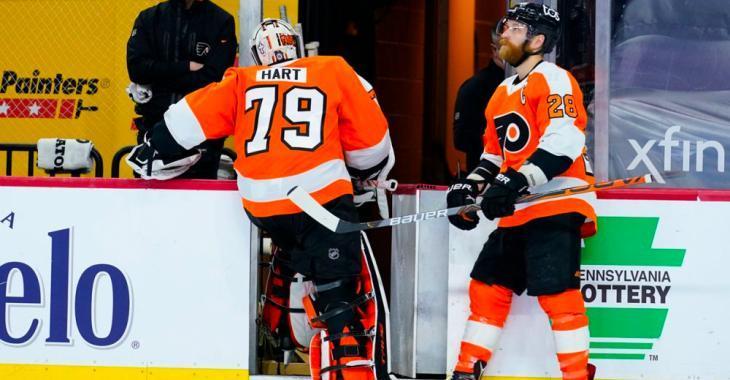 Philadelphia Flyers head coach Alain Vigneault has officially called out his goaltender, saying that 22 year old Carter Hart "needs to work harder". Additionally, Hart will sit out the Flyers' next two games and watch from the press box.

This is not a rest day for Carter, this is a work day for him. He's going to skate today in practice, stay on after, practice with the team tomorrow, stay on after. Wednesday he'll do the same thing ... he needs to work on his game. He needs to work harder, he needs to work better. I've had good conversations with him and Kim (Dillabaugh, goalie coach) about my expectations about his practice habits and him stopping the puck.

Hart has been an absolute disaster this season posting and NHL worst 4.04 goals against average and .869 save percentage. It's clear to anyone who has watched him this season that the youngster's confidence is absolutely shattered, so kudos to Vigneault for giving Hart some much needed time and space to get his head right. Here's hoping the kid takes a step forward and can get himself back on track.