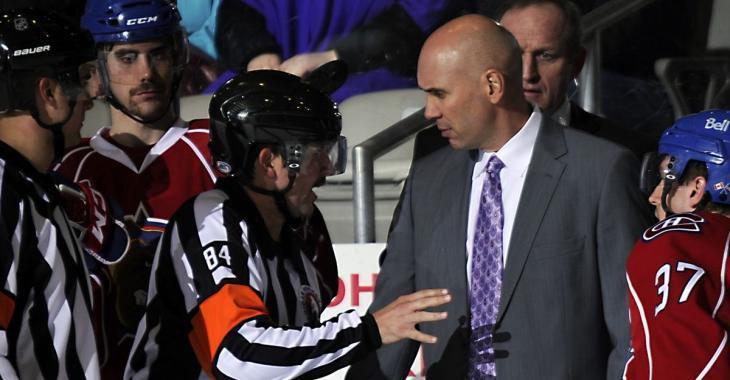 This may very well be the first case of a team in the National Hockey League firing one of their coaches over his vaccination status.

A report on Monday morning from the Columbus Blue Jackets own Jeff Svoboda has revealed that the team has released coach Sylvain Lefebvre today. The report outlines that Lefebvre failed to follow the NHL's covid protocols and although that could mean a number of things Svoboda revealed publicly that this was due specifically to Lefebvre's vaccination status.

According to the report Lefebvre "has decided not to receive a COVID-19 vaccine" and this has led to some rather harsh criticism from fans who have been very quick to judge Lefebvre over this decision.

The reality here however may be much more complicated, although truthfully no one knows why Lefebvre made this decision. We know that a small segment of the population can be allergic to the vaccine and it could very well be that Lefebvre has made the decision due to the advice of his doctor or doctors. Unless Lefebvre himself decides to publicly reveal why he made the choice however, we aren't likely to ever learn the reason.

Regardless of why the choice was made, the choice appears to have left Lefebvre, who has a long history in the NHL, without a job. As a player he appeared in 945 career NHL games, recording 30 goals and 154 assists for 184 career points, and he has since gone on to coach the Lake Erie Monsters of the American Hockey League, the Colorado Avalanche, the Hamilton Bulldogs, the now defunct St. John's IceCaps as well as the Laval Rocket and the San Diego Gulls.

It now seems extremely unlikely that Lefebvre will get another coaching job with an NHL team due to the protocols that the league has put in place to protect themselves and their players from Covid-19. The reality is that Lefebvre's vaccination status would create serious complications for any team looking to bring him behind the bench, especially when it comes to traveling across the Canadian and American border.

If this is a medical issue for Lefebvre I can't help but feel sorry for the man, and I hope he lands on his feet despite today's bad news.