Another one bites the dust for the Leafs. 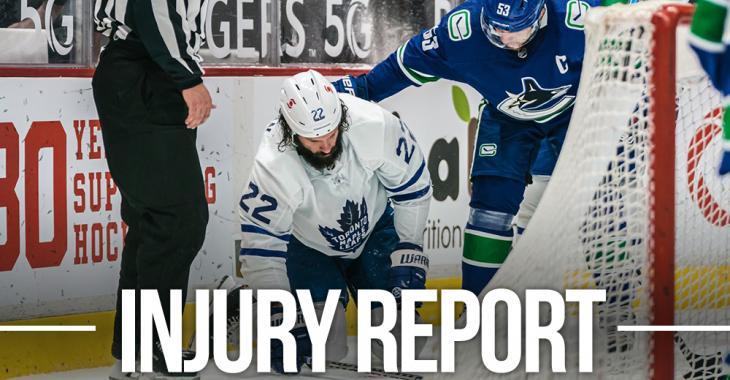 According to Toronto Maple Leafs head coach Sheldon Keefe, the team will be without defenseman Zach Bogosian for "more than a week" after he suffered an injury in Tuesday night's loss to the Vancouver Canucks.

Bogosian went HARD into the end boards when he caught an edge while chasing down a dump in deep in the Leafs' defensive zone. While the collision looked scary in the moment, Bogosian was able to get up and exit the ice on his own with no help.

Here's hoping Big Bogo doesn't have anything too serious going on and that a week off puts him in good shape for a deep playoff run.

Flashback: Jonathan Toews and Patrick Kane star in world's most awkward commercial
Subscibe to
Our NEWSLETTER
Receive the best articles of the web directly in your email