Straight from the coach himself. 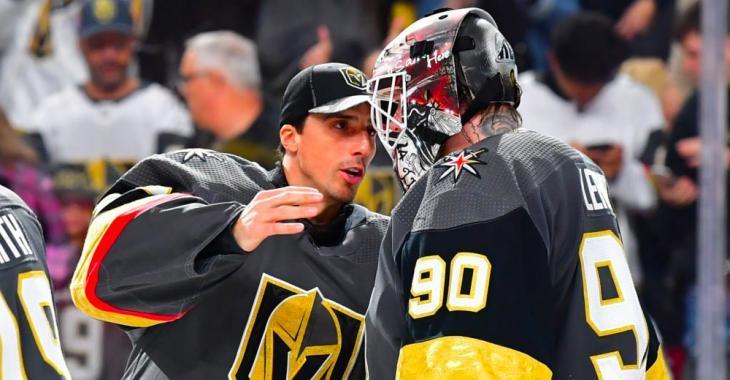 Vegas Golden Knights head coach Pete DeBoer has chosen his starting goaltender for Game 6 tomorrow night in Montreal... but he's not about to let on anytime soon.

When asked if he's made his decision on who will get the start tomorrow DeBoer responded:

In all seriousness though, it'll be interesting to see if Vegas head coach Peter DeBoer goes back to Lehner for Game 6. He made the risky move to take out Marc Andre Fleury after his gaffe in Game 3 in favour of Lehner for Game 4. Lehner delivered a victory to pull the series even in Game 4, but DeBoer went back to Fleury in Game 5, which resulted in a 4-1 loss. Now, with their backs against the wall does DeBoer go back to Lehner?

No matter who DeBoer goes with in Game 6 he'll either look like a genius or an idiot. Get the win and you're a genius. Get the loss and you're the worst coach in the world. It's a true predicament, but honestly I don't think he can choose wrong. Both Fleury and Lehner have been solid this season and most teams in the NHL wouldn't think twice about dressing either guy in a do or die Game 6 / Game 7 situation. Still... it's a decision that has to be made and it'll be interesting to see how things play out between now and puck drop tomorrow night.