The Blackhawks coach has a message for fans returning to United Center. 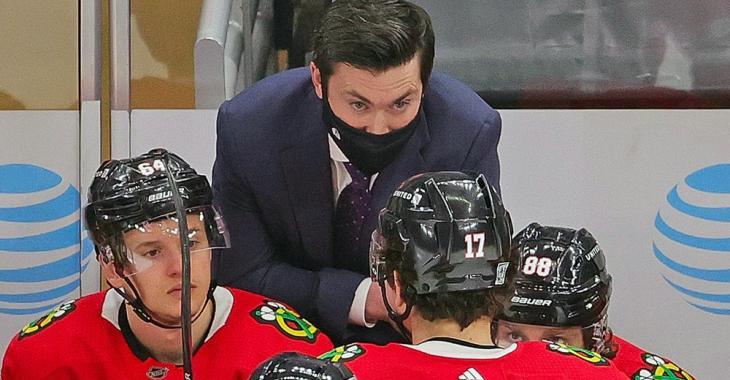 The Chicago Blackhawks are preparing to welcome fans back to the United Center, following in the footsteps of other teams across the NHL who are re-opening with limited capacity.

Earlier today, Chicago Mayor Lori Lightfoot announced that the United Center can now officially operate at 25% capacity for Blackhawks and Chicago Bulls NBA games. That translates to just over 5,200 fans per game.

Blackhawks coach Jeremy Colliton has a message for fans returning this weekend: We're happy to have you back, but please don't tell us how to run the PP.

Love it! It's a light-hearted jab for sure, but frankly I can't stand it when some jackass shouts "Shoooooooooooot!" on the powerplay. I'll make an exception if time is running out in the period, but if a team is just passing it around the horn on the PP and you shout "shoooooot!" whenever it gets to the point... you're a complete mutt.

Newhook shocks everyone with a snipe just 57 seconds in

Kreider drops the gloves and absolutely rag dolls Subban, who refuses to fight
Subscibe to
Our NEWSLETTER
Receive the best articles of the web directly in your email