The Bruins' latest addition will given plenty of opportunity. 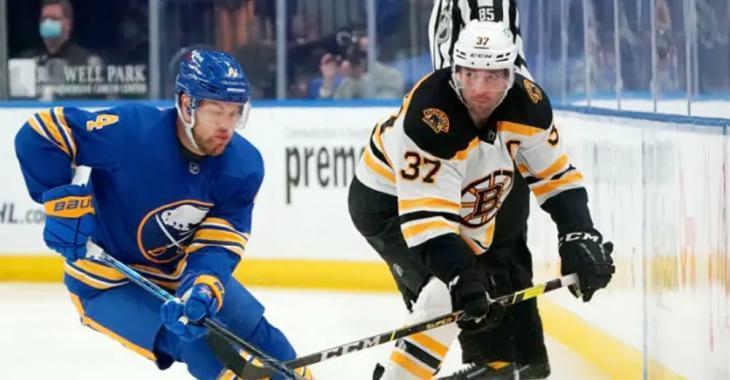 When Taylor Hall hits the ice tonight for the first time in a Boston Bruins uniform, he'll have to look only a few feet across the red line to get re-acquainted with his former teammates. Hall ironically will join the Bruins just in time to take on his former team in the Buffalo Sabres tonight in Boston.

And when he does so, he'll flank long-time Bruins second line center David Krejci. It's expected that either Craig Smith or Jake DeBrusk will play the opposite wing. Bruins head coach Bruce Cassidy intimated as much during his gameday press availability earlier today.

Hall, a former Hart Trophy winner as league MVP, admitted last week that he's lacking confidence in his ability this season, so it'll be interesting to see if he gets a boost in a new environment. He has just two goals on the season, so here's hoping that a playmaker like Krejci will be able to feed him the puck and help restore some of his confidence.

Report: Jack Eichel will not join the Sabres at training camp
Subscibe to
Our NEWSLETTER
Receive the best articles of the web directly in your email